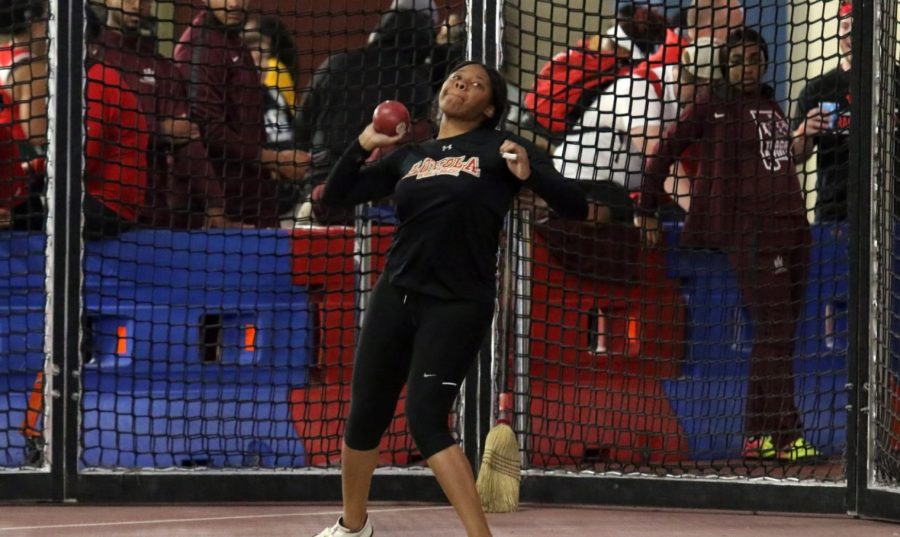 The Wolf Pack track and field teams found success at the Southern Miss Invitational but senior Taylor Hagins made the biggest stride, breaking her own school record in the hammer throw for the third straight meet.

Hagins threw 42.48 meters in the event and finished in seventh place overall in the meet.

Environmental studies sophomore Walter Ramsey broke his own program record in the men’s 1,500-meter run by two-tenths of a second. He finished with a time of 4:09.41 for the No. 8 spot in the event.

Popular and commercial music junior Tristin Sanders also set a new record. She won her heat in the 800-meter run with a time of 2:22.59. She set the program record in the event for the second-straight meet and finished fourth overall.

Freshman Alyssia Ewing marked a new personal best in the discus throw with 35.58 meters and a ninth place finish.

Up next, Loyola will compete in the Spring Time Classic in Lake Charles, Louisiana on April 6.