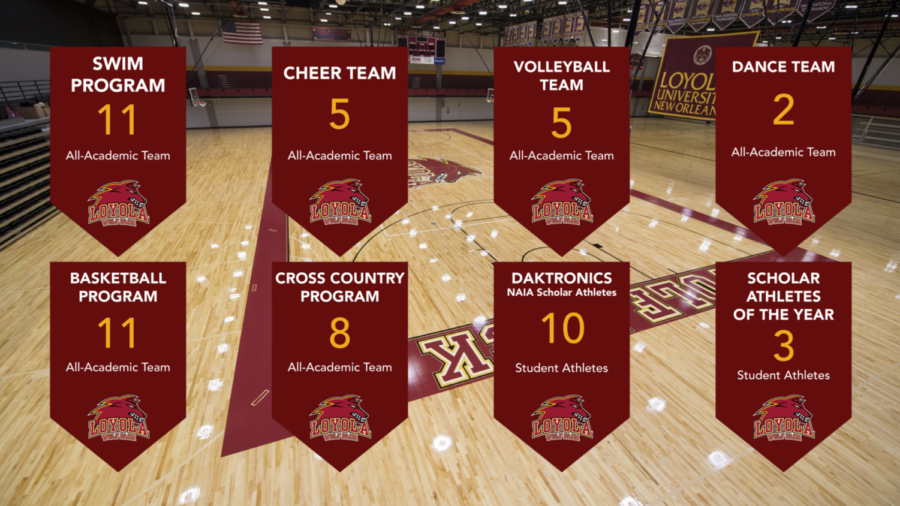 *There has been a correction. Finance senior Ethan Turner has also won conference Scholar-Athlete of the Year.

In order to be a part of the All-Academic team, a student-athlete must maintain a cumulative G.P.A. of 3.25 or higher, be at least a sophomore and complete the athletic season, according to the Southern States Athletic Conference.

Six out of Loyola’s nine athletic teams have a number of scholarly athletes that are above the average of the number of All-Academic team members for each school.

The dance team ties the average, and only the volleyball team and women’s cross country were below average by a fraction of a person.

In addition, Loyola has three conference Scholar Athlete of the Year.