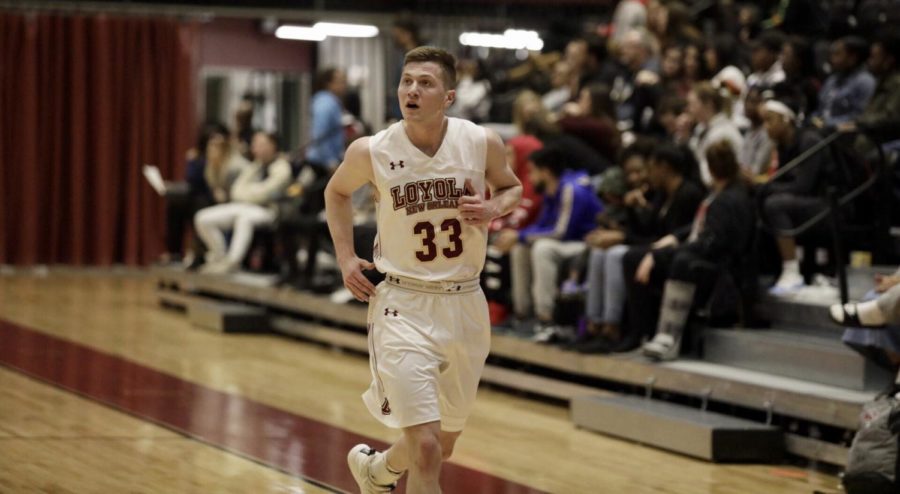 On top of a championship ring, finance senior Ethan Turner adds yet another award for his trophy case after winning the Southern States Athletic Conference Scholar-Athlete of the Year award for the second year in a row.

In order to be eligible for the award, an athlete must have a 3.5 GPA or higher and compete in 50% of competitions through the season.

Turner maintained a 4.0 GPA through his four years at Loyola and was an instrumental piece for the Wolf Pack in the conference tournament, making the All-Conference team for his efforts.

Turner also won two other academic awards this season. He was named to the conference All-Academic Team for the third straight year and was named a Daktronics NAIA Scholar-Athlete for a second consecutive year.