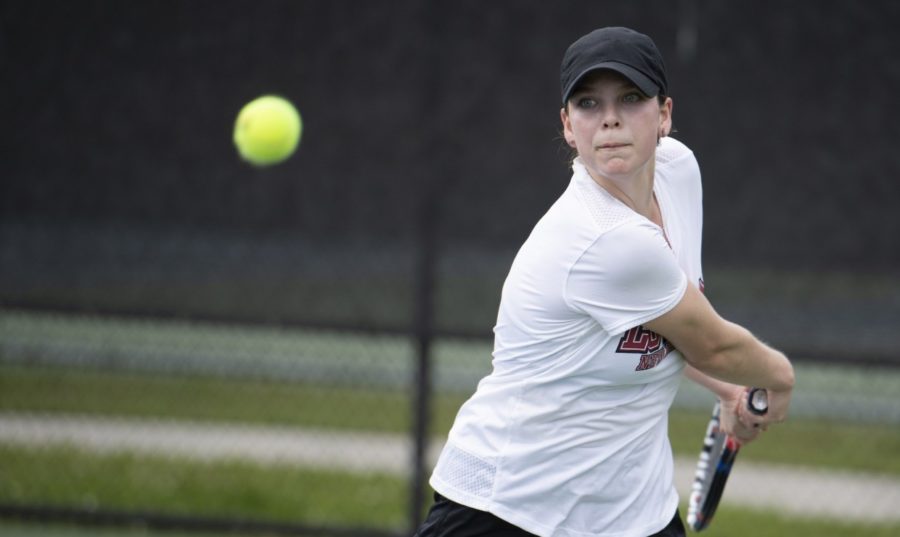 The No. 9 team in the country came to City Park to take on Loyola’s women’s tennis squad, marking the third straight match against a nationally ranked opponent.

LSU-Alexandria brought a fight to the Wolf Pack’s home court but it was a late-game effort by freshman Chandler Harmon that helped earn a narrow 5-4 victory.

To kick off the match, the duo team of biology senior Koral Martinez and finance junior Arianna Pepper took an 8-2 victory in court one, followed by a comeback, 9-7 win from pre-med junior Nadja Ochsner and Harmon on court three.

Ochnser picked up another win in singles play, winning 6-2, 6-3 on court five and bio-chemistry sophomore Gabrielle Terranova won 6-4, 6-2 in her singles match.

Despite the Wolf Pack success, the Generals managed to tie the score at 4-4 heading into the final match of the day, featuring Harmon and LSU-Alexandria’s Marie Cool.

Loyola now has a 9-6 overall record and a 3-1 conference record.

They will look to play NCAA Division-I squad Nicholls State at City Park on April 9.