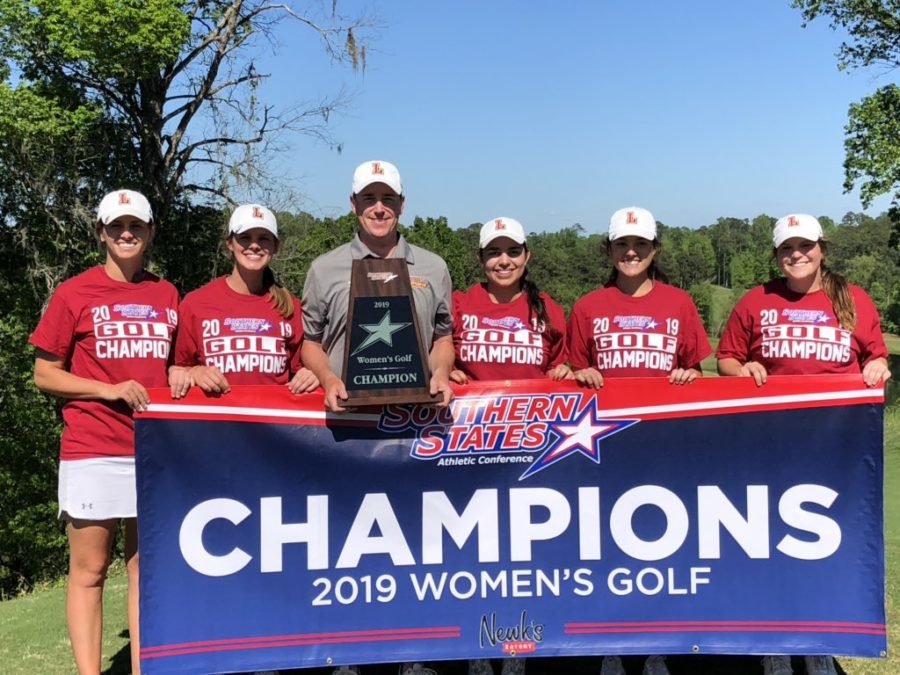 It was a pool of national talent at the Southern States Athletic Association women’s golf championship.

Three ranked teams looked to live up to their national hype and win the conference crown. But among the eight teams in Greenville, Alabama, the No. 8 Wolf Pack clawed their way to the top, winning their first conference championship in program history on April 10.

On the final day of the three-day competition, Loyola and No. 4 Dalton State were head-to-head. The Roadrunners started the day behind the Wolf Pack, but both teams headed to the back nine all tied up.

Loyola leaped ahead with a 13-stroke lead after every member of the team shot two-over or better in the final nine holes.

Overall, Loyola finished with a +40, 904 to earn the championship banner.

Business senior Daria Delfino earned her sixth All-Tournament Team selection after landing in the No. 2 spot on the individual leader board with a score of +4, 220.

All four athletes were named to the All-Conference Team.

Head Coach Drew Goff was named the SSAC Coach of the Year after the title win.

Delfino was also named to the Musco Lighting Champions of Character Team.

Loyola will continue their season at the 2019 NAIA Women’s Golf National Championship from May 14-17 at Lincoln Park Golf Course in Oklahoma City, Oklahoma.