Readers are shelving their Kindles in favor of local book stores 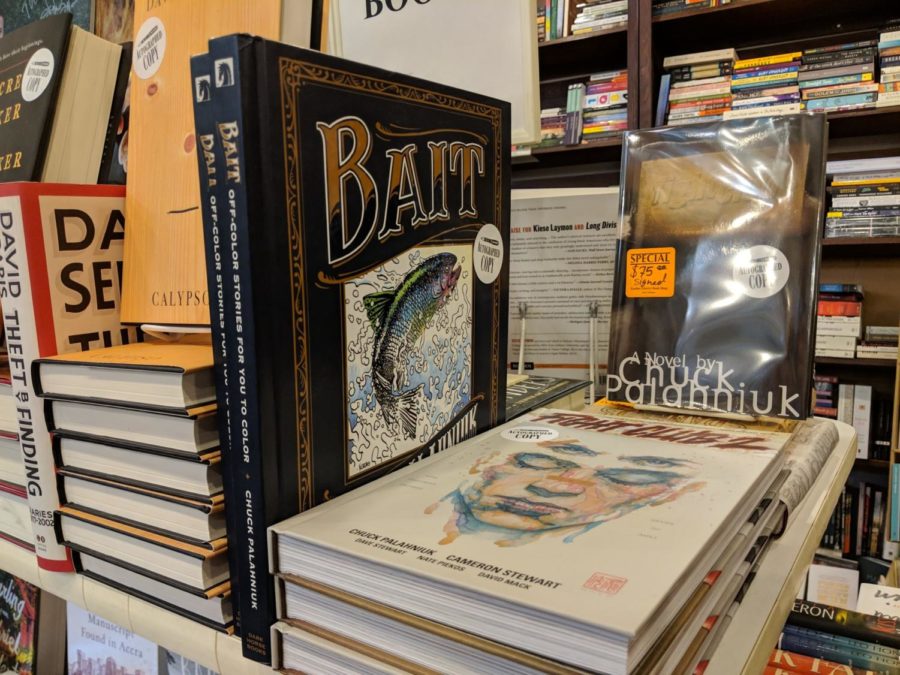 Autographed books are on display at Garden District Book Shop. Local book stores are still around and thriving, according to owners. Photo credit: Riley Katz

Faulkner House Books manager Joanne Sealy and Garden District Book Shop owner Britton Trice had differing answers as to why people have started returning to bookstores, but they both agreed on one thing: people do not like reading on screens.

Faulkner House Books is located in the former home of Nobel-Prize-winning American author William Faulkner in the shadow of the St. Louis Cathedral.

Both have been open for decades and have seen the book industry change drastically.

Faulkner House Books was opened by the family who owns Faulkner’s house because they are book collectors who wanted to open a shop. For nearly 22 of those years, Joanne Sealy has managed the store.

Initially, when the e-book boom in the early 2010s hit, the bookstores were hit hard.

“We had customers who would buy $500-$1000 worth of books every year who stopped coming in,” Trice said.

Those customers have begun returning to the bookstore due to a new trend of shopping locally instead of online in the last few years because these customers realized they did not like the feel of reading a book digitally.

Trice said he still sees people coming in with a smartphone and an Amazon shopping list; however, customers are usings those lists as a guide to find books locally.

Trice said that people have a misconception of how technology have drastically hurt local bookstores, but he said that the digital age has helped booksellers run more efficiently than ever.

“I remember taking inventory by writing titles on a legal pad,” Trice said. “You can run a better operation today. You can keep control of your inventory, and you can reorder faster.”

If anything, he said customers are hurt more than the stores because Amazon and digital booksellers lose the personal touch independent stores have to offer.

“A seasoned bookseller is much better than algorithms Amazon uses to recommend books,” Trice said. “We see so many people come in after reading a book we recommend and say ‘I cannot believe how good that book was. I can’t believe I never heard of it,’ based off of recommendations we make.”

“I feel more connected with paper books than I do if I’m reading a book on a device,” Whitfield said. “It sucks me in the story more.”

She added that books are important to her because they teach empathy, and give readers the opportunity to experience situations they would otherwise not be exposed to.

Trice said Garden District Book Shop has been profitable every single one of the 40 years the store has been opened but said local bookstores have been fighting to stay profitable for a long time.

He said, in his experience, running a bookstore does not create more challenges unique to the print industry, but rather the same problems any business faces.

“Any business is a challenge,” Trice said. “It has to be tended to and the bottom line has to be working.”

But some of his success has come from a combination of skill and luck. Trice attributes some of that success to the Garden District becoming more tourist-centric as the years have passed, leading to 2018 being one of his best years ever. He also emphasized the importance of staying relevant on a larger scale, as his collection of autographed books keeps the store in the spotlight on a national level among collectors.

Sealy said business has improved every year since Katrina because people understand the value of shopping locally.

“Who wants to go to a chain?” Sealy asked. “I’ve actually read the books.”

Faulkner House Books also has one significant advantage over other book stores: The book store does not have to pay rent, Because the owners of the shop also own the house, they do not have to pay high-priced rent in the French Quarter.

“If you had to pay rent in the French Quarter it would be impossible to continue,” Sealy said.

Both Trice and Sealy said the future seems bright to them with customers returning to their physical books.

“There was a time when Barnes and Noble ate the small bookstores, then Amazon ate them, and still, here we are,” Sealy said.