Jewish students grapple with grief in the face of attacks, holocaust remembrance 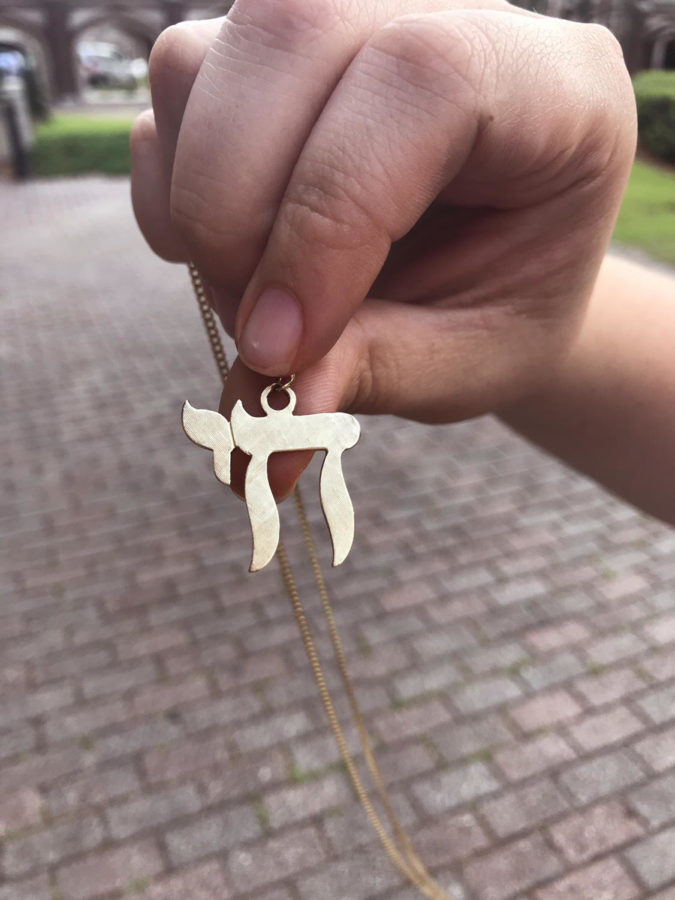 On the last day of Passover, exactly six months after the mass shooting at the Tree of Life synagogue in Pittsburgh and four days before Yom HaShoah, Holocaust Remembrance Day, Olivia Dadoun opened her phone to discover that a shooter had charged into a San Diego synagogue, Chabad of Poway, killing a woman and injuring three others.

For Dadoun, political science sophomore and member of the Loyola Jewish Student Union, an annual Jewish holiday was now a time of horror.

“It is extremely hard to watch my Jewish brothers and sisters get murdered or threatened almost weekly. It is deafening and isolating and it makes you lose hope in your society,” said Dadoun.

While proud of her faith and Jewish identity, Dadoun has struggled to feel safe when publicly expressing her faith.

“I haven’t been back to synagogue since the first synagogue shooting in October. I wanted to go after it happened but I couldn’t. And now that it has happened again, I just feel this sense of trauma and it is a lot to grapple with,” she said.

Abe Passman, a Jewish student at Tulane, said he is aware of the ignorance and hatred that exists in society toward members of his faith.

“I am very aware that my being Jewish makes me a potential target. When it comes to hate crimes, there’s no rhyme or reason except irrational hatred,” he said.

In response to the Tree of Life and Chabad of Poway shootings, Passman said, “Synagogue shootings are shootings where all Jews think ‘That could’ve been me.’ In the end, it’s just another shooting in America that happened because of hatred. The only thing we as Jews can do to combat it is continue practicing Judaism.”

Dadoun also stated her gratitude for the love and support she has received from Loyola.

“I’m so glad I have a community to support me and friends who have reached out to me but it is a scary time in this country to be a minority,” Dadoun said. “I love my Judaism and want to embrace it in every way possible but these horrific events do make me nervous and silenced in a way.”

“Our biggest support system has definitely been Sybol Anderson. She has helped us through so much and we are so grateful for her,” Dadoun said.

Unfortunately, not all members of Loyola have been so welcoming.

“There are still moments where I do feel isolated because just like on every college campus I have had some pretty ignorant things said to me about Judaism,” said Dadoun.

When attempting to obtain space for their club where they could light Shabbat candles and eat ceremonial challah, Dadoun said the Jewish Student Union was looked at skeptically.

“We were talked down to pretty abhorrently by a staff member on the facilities committee and they questioned our own knowledge of our religion and practices,” Dadoun said.

Laura Alexander, university minister for retreats and Christian life communities at Loyola spoke on the importance of supporting the Jewish community during this time.

“It’s important to recognize and wholeheartedly denounce all forms of hatred and bias, especially at a Jesuit university where we strive to recognize, honor and promote the dignity and worth of all people,” Alexander said.

Passman talked about his unique experiences growing up in a predominantly Jewish environment that allowed him to process events like the Holocaust and move on, something he thought about on Yom HaShoah on May 1.

“The Holocaust is still a very fresh wound for the Jews as there are still survivors alive today. Remembering the Holocaust means teaching it as an example of what hate can do to people,” Passman said. “I think it’s important for Jews to let it go a bit so we can move forward and heal as a people.”

Alexander also cited remembering the Holocaust as a way of not letting history repeat itself, despite the anti-Semitic acts of the past few months.

“I’m always challenged by the fact that part of the reason the Holocaust happened was due to regular people’s apathy — people turning a blind eye because it was more convenient than speaking up. That’s a lesson we need to remember every day,” Alexander said.