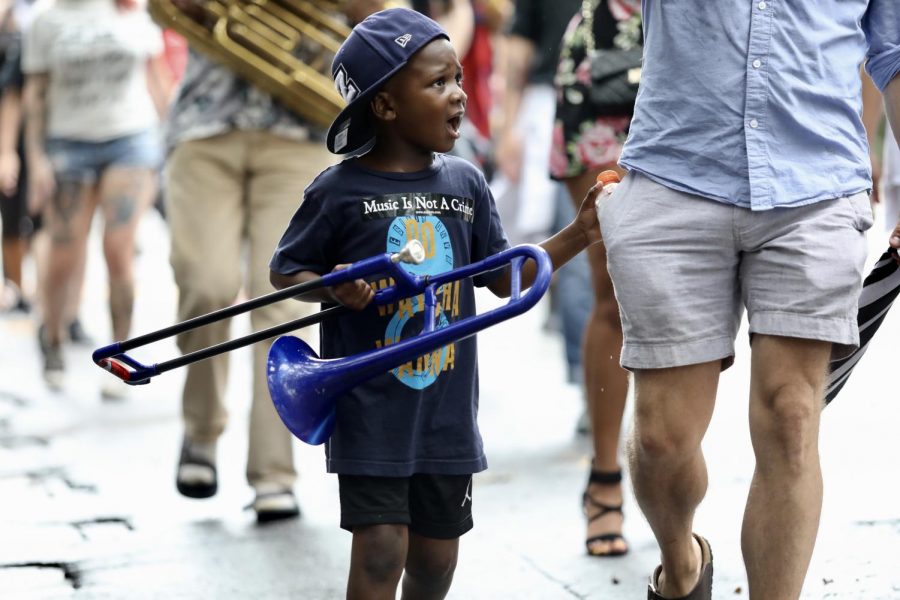 A child brought his trombone to perform in the second line for Eugene Grant on July 21, 2019. 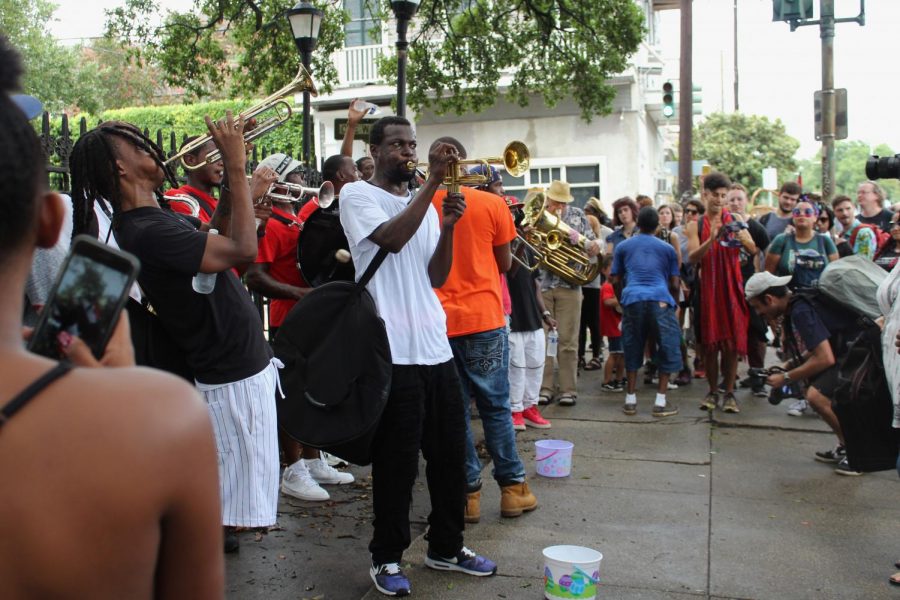 Gallery|9 Photos
Cristian Orellana
The rally band plays in front a crowd of followers. People left money for Eugene Grant in buckets on the ground.

On a humid Sunday afternoon, second-liners used beats and brass to bring awareness to the reality of life as a street artist in New Orleans.

Earlier this month, Eugene Grant, a local musician, was arrested near the corner of Frenchmen and Charters Streets after a local business reported him to the police.

The owner of Frenchmen Arts and Books claimed that Grant and the Young Fellaz Brass Band violated an agreement about when the band could play in front of the store.

Grant, who is on the autism spectrum, struck an NOPD officer in the chest with his instrument after authorities were sent to the scene to answer a complaint made by the Marigny bookstore.

A social media video featuring the situation went viral, prompting residents to rally together for Grant and other musicians that have been affected by recent street performance enforcement.

As a response, Grant, the band, local musicians and other supporters marched from Jackson Square all the way to Washington Square.

“We are rallying to stand up for Eugene Grant and musicians’ rights in New Orleans,” Jenelle Roccaforte said in the event’s Facebook page. “As gentrification continues to challenge our communities, we need to support the musicians who supply the music that is the backbone to the culture of this city.”

Roccaforte said, “The musical traditions deserve to be preserved and protected, especially the long standing traditions of street brass bands.”