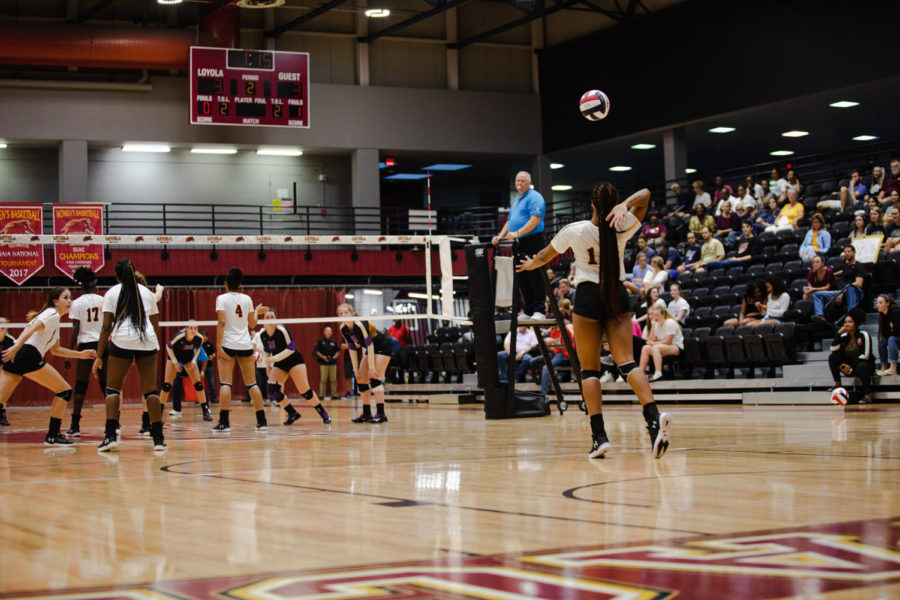 The Wolf Pack’s volleyball team begins play August 16 with tournaments at Xavier University. They will look to build upon their second straight trip to the quarterfinals in the Southern States Athletic Conference tournament last season.

This season’s schedule presents its challenges for the Pack. They will compete against teams that either finished in the Top 10 or received votes in the 2018 NAIA postseason Top 25 poll.

“We are very excited about the schedule we were able to put together for this season,” Head Coach Jesse Zabal told Wolf Pack Athletics.

While the schedule seems daunting, coach Zabal will start her third year with the Wolf Pack, alongside her Assistant Coach, Robert Pitre in his second season. They hope to make it to the SSAC quarterfinals and beyond this season.

Wanting to build off their recent success, the Wolf Pack has nine returners including seniors Sunni Blanchard, Malea Howie, Champagne Cunningham and junior Helene Masone. Cunningham had a career-high with 11 kills in a match twice and had five total blocks in seven matches.

The Pack will compete against Xavier, No. 3 Viterbo and College of Coastal Georgia Aug. 16 and 17 at Xavier.

The Wolf Pack will have a home stretch in The Den from Oct. 2nd through Oct. 8th, and then they will hit the road for 10 straight games.

The Wolf Pack wraps up the season with the SSAC tournament, which begins on Nov. 13th in Montgomery, Alabama.