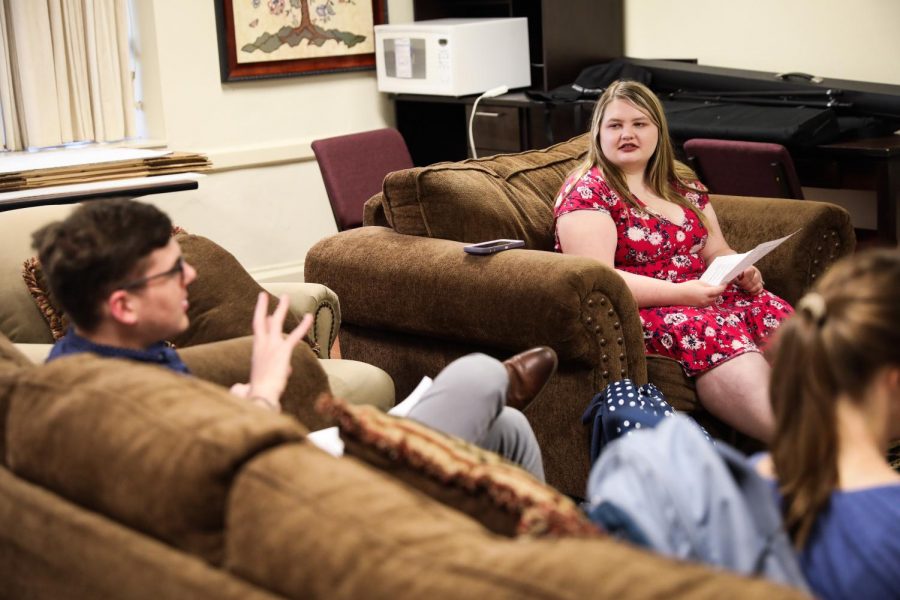 Loyola’s Wolf Pack For Life club is beginning the 2019-2020 school year with a pro-change attitude.

In previous years, there had been controversy surrounding the group’s presence on campus. But for Madison Tuck, the club’s president, the new semester offers a chance to start off on a new foot and embrace what she believes the club truly stands for: a fundamental belief in human dignity.

“We aren’t looking to change who we are, but we are looking to build bridges based on what we have in common with other groups,” Tuck said. “We’ve always worked on a variety of life issues, and everyone gets into the pro-life movement because they are passionate about a different cause. From disability rights to ending capital punishment, euthanasia, abortion, etc.”

Over the summer, the group worked with organizations to try to save The Free Indeed Home, a national safe house for young women who survived human trafficking.

The pro-life club’s plan is to continue to put together fundraisers for The Free Indeed Home this semester, as well as host the Rehumanize Conference on campus in October. The conference is a national life conference held on a college campus each fall, and includes speakers discussing everything from childbirth and child-rearing in prison, to ableism in medicine and violence against indigenous people.

“We are particularly excited to hear from a death row exoneree, a former Virginia executioner and a panel of people who survived abortion attempts in the womb,” Tuck said. “We choose events based on how passionate we are about the subject matter, and the Rehumanize Conference reflects not only the entirety of our club’s whole life mission but also the social justice focus of Loyola.”

Additionally, the pro-life club plans to partner with other organizations for events such as their Krispy Kreme doughnut sales for human trafficking survivors, disability advocacy groups and petitions to end the death penalty. The club is also discussing possible events to raise awareness and address issues such as LGBTQ homelessness and the death penalty.

“Both of these things are very pressing issues in Louisiana, and it’s our job to do something about them,” Tuck said.

Before she became president of the club, Tuck served two terms as the social media chair and gained attention for being the only non-Catholic member of the council. The club now boasts a more religiously diverse cast of members, including Protestants and agnostics.

Because the vice president of the club, music senior Alex Lucas, is studying abroad this semester, the Wolf Pack for Life leadership council will be made up of all female students. Tuck believes that having a female-led club is reflective of the national anti-abortion movement and makes their stance more believable and powerful.

“For all intents and purposes, girls run the world,” Tuck said. “It is the secular organizations led by women that are enacting the most change and doing the most good, from New Wave Feminists to Secular Pro-Life, because they are thinking outside the box. It also reflects how much the women on Loyola’s campus want to step up and make changes, no matter the cause.”