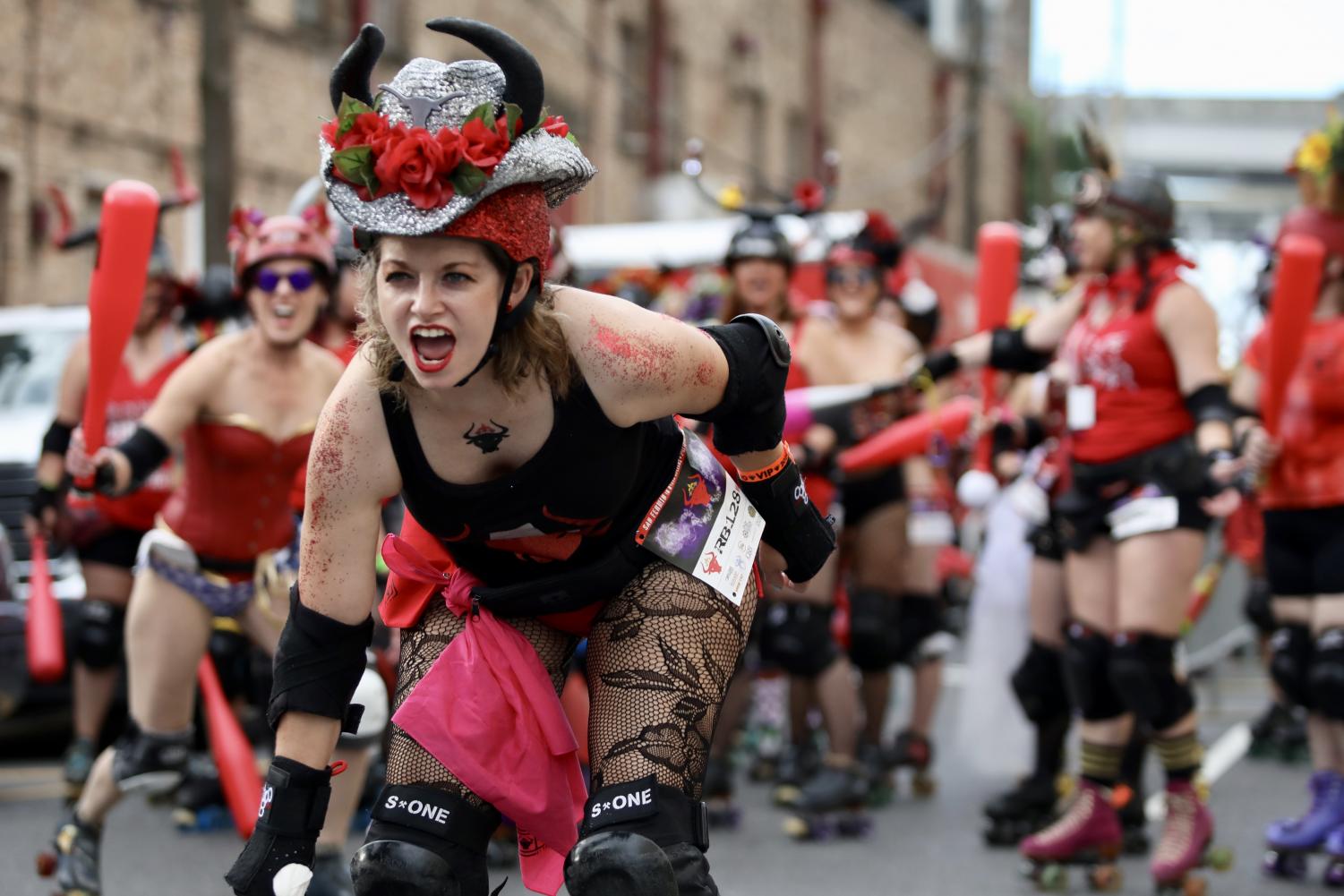 A member of the Big Easy Rollergirls charges the runners of San Fermin in Nueva Orleans on August 25, 2019. (Andres Fuentes)

A member of the Big Easy Rollergirls charges the runners of San Fermin in Nueva Orleans on August 25, 2019.

At the crack of dawn on Aug. 25, hundreds of runners volunteered to be batting targets for the Big Easy Rollergirls in the tight streets of the Warehouse District.

Participants dressed in stereotypical Pamplona attire, a style named for the Spanish city famous for “The Running of the Bulls,” and ran for their lives from rollergirls dressed as bulls who were armed with plastic baseball bats.

A look at the bulls in the Warehouse District @WWLTV pic.twitter.com/foEAQxeexG

The 13th annual San Fermin in Nueva Orleans, also known as the annual bull run, brought the same amount of joy, thrills and memories this year despite some major changes.

The festival was moved from its original July date due to Hurricane Barry and this marked the first festival without Mickey Hanning, the event’s founder.

Despite the postponement and new route, the run was, well, bullish.

While the premises of the event may raise an eyebrow, the run was accompanied by food trucks, live music and, like most New Orleans events, libations.

But all the fun was not without purpose or philanthropy.

The festival donated a portion of its funds to both Beth’s Friends Forever, a non-profit supporting women with breast cancer, and Big Easy Animal Rescue.

“It’s about … having a good time, having fun, celebrating part of our Spanish culture,” Shelley Pigeon, seven-year attendee of the event said.

Pigeon even brought her grandchildren to this year’s festivities

She said she loves, “just seeing all the different people coming together and expressing their creativity and being hit with a bat.”

But all the fun is not without charity. The festival donates a portion of their funds to both Beth’s Friends Forever and Big Easy Animal Rescue. 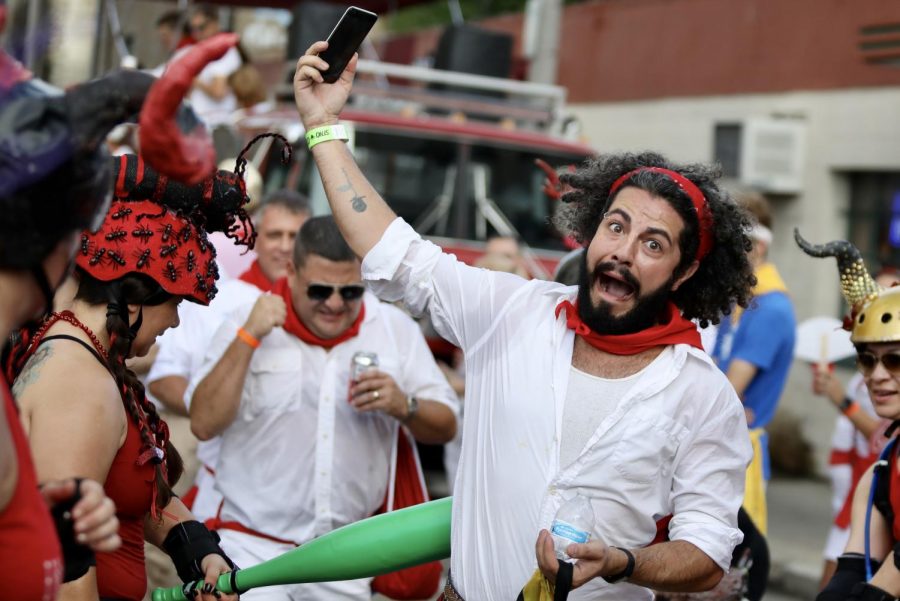 Gallery|4 Photos
Andres Fuentes
A runner a attempts to finish the Running of the Bulls without being hit by plastic bats at San Fermin in Nueva Orleans on August 24, 2019.
Leave a Comment