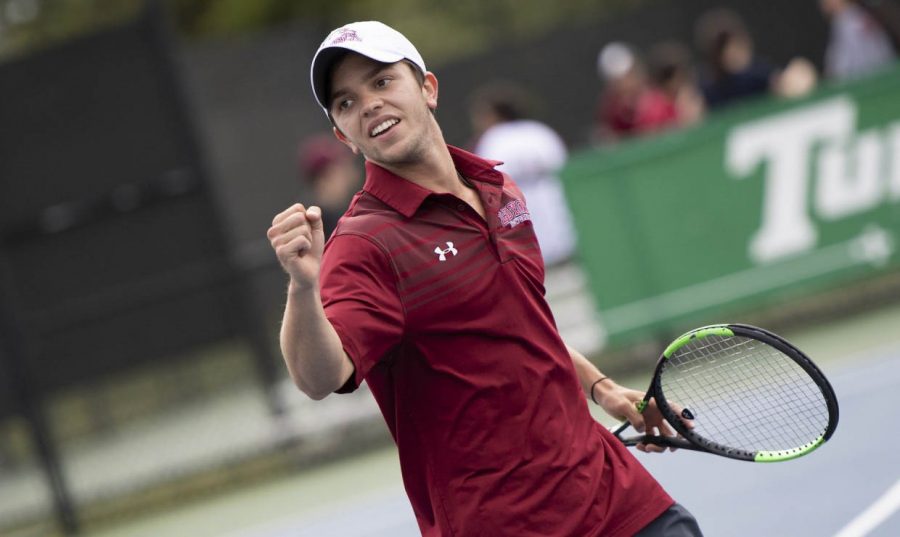 From Hong Kong to France and even Peru, these students come here to share one passion. That one passion — playing tennis.

Loyola’s men and women’s tennis teams combined have 28 student-athletes and the majority of the athletes are international students.

“There are showcases where kids will come together tournament style and play in front of coaches,” said Head Coach Kyle Russell.

Not only does Coach Russell go to showcases to recruit players, but he also works closely with agents.

“I found out about Loyola thanks to my agent. When Coach Russell talked to me on the phone, I realized (Loyola) was perfect for what I was looking for,” Marin said.

Marin is not the only tennis player from France, he has four other teammates from different parts of France.

With student-athletes traveling from different corners of the world, sometimes there is a language barrier. Usually, English is not the first language for many international students.

“The hardest transition coming to Loyola would be the differences in culture and language,” said junior business major, Tiger Cheung from Hong Kong.

Before Russell’s players make it to Loyola for the school year he keeps in touch through WhatsApp and will have at least one Skype call.

“We will Skype once to get that face-to-face conversation, but time difference makes it difficult sometimes,” Russell said.

“My favorite part about playing for Loyola is representing the university and not only by myself but together with the team,” said marketing sophomore Adriana Munoz, who is from Costa Rica.

Transitioning to college, in general, can be difficult for students, but being thousands of miles away from family and friends makes the transition even harder.

“The hardest transition was definitely leaving my friends and family back home, but at least I can visit them 2-3 times a year,” said Munoz.

“The most difficult thing when I came here was to adapt to a whole new lifestyle. I really had to adjust my personal life to make sure that I was making the right moves and that I would always put tennis as a priority,” Marin said.

Coach Russell is entering his sixth season with the Wolf Pack. Russell believes having international students on his team is why both tennis teams are successful individually and as a team.

“I love every part of the tennis team, but what I love most is meeting all these amazing teammates from all over the world just because we have the same interest in tennis,” said Cheung.