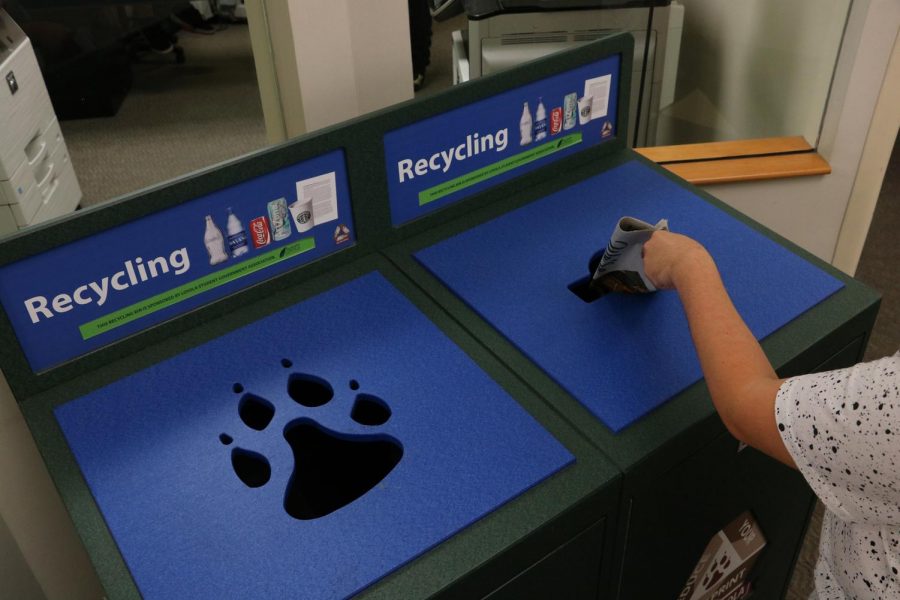 After China’s sudden decision to no longer take on the majority of the world’s trash and recyclables, residents and governments are left scrapping to find clever solutions.

A study published in 2018 in the journal Science Advances found China has taken more than 116 million tons (105 million metric tons) of recyclables since 1992, the equivalent of the weight of more than 300 Empire State Buildings. Wealthy countries such as the United States, Japan and Germany have long sent their plastic recyclables to China, and the country doesn’t want to be the world’s dumping ground for plastic anymore.

Using United Nations data, the study found that China has dwarfed all other plastics importers, accounting for about 45 percent of the world’s plastic waste since 1992. The ban is part of a larger crackdown on foreign garbage, which is viewed as a threat to health and environment.

“When [China] said no, it changed the whole ball game,” said Bob Thomas, Loyola Environmental Communication professor and Chair of the Sustainability Committee.

Since China was the world’s largest importer of recyclables and has decided to no longer accept mass amounts of trash, these changes to recycling have left the recycling industry in limbo.

“[Recycling companies] really don’t know what the future holds for them,” said Thomas.

Thomas described the recycling industry as more than just one person feeling good about putting a bottle in a recycling bin. He said that the strong reality of the industry is that it’s a business, and with the largest consumer backing out, the sellers have gotten nervous.

“There’s no end market, there’s no place that needs it,” said Thomas.

Ultimately what these changes have done to cities such as New Orleans is that the cities have been forced to cut back on how much they recycle simply because there aren’t many buyers for what they could normally recycle.

In New Orleans, according to Cynthia Sylvain-Lear, director of the Department of Sanitation, the city no longer accepts the majority of usually recyclable plastics. Instead of accepting plastics #1-7, New Orleans now only collects plastics #1 and #2 for recycling, which are the most common types of plastic containers. The Department of Sanitation also no longer accepts wax board and plastic bags.

Sylvain-Lear also noted how in the past months the balance of how the city collects waste has become more unbalanced, specifically when it comes to the usually cost effective nature of recycling compared to sending waste to a landfill.

“No one, I think, anticipated that the cost to recycle is more than the cost to send to landfill,” said Sylvain-Lear.

The cost of sending one ton of waste to the landfill, according to Sylvain-Lear, is around $33.37 but now since China no longer accepts the United States’ waste, the cost of recycling has skyrocketed to as much as 3 times more than sending waste to a landfill in most cases.

Unlike in other parts of the country, however, despite the challenges, New Orleans will not stop recycling, according to Sylvain-Lear, and the overall changes will remain minimal.

“At the moment there is no effect to residents except that we have reduced what could go into the recycling containers,” said Sylvain-Lear.

In the meantime, however, Sylvain-Lear does see a way that recycling could pick back up the moment it has lost with China: entrepreneurship.

“Just as we are in a very fluid environment there may be people who see this as an opportunity to get in on the ground floor,” said Sylvain-Lear.

Thomas echoed the same sentiment, saying how much he believes in the “entrepreneurial spirit of America.”

“I suspect we’ll get some entrepreneurs that’ll open some small recycling businesses all over the country because there is money in it,” said Thomas.

Even after all the upheaval within the recycling industry around the world over the past few months, Sylvain-Lear still believes in her mission and the future of recycling.

“Recycling is not dead, it absolutely is not,” Sylvain-Lear said.