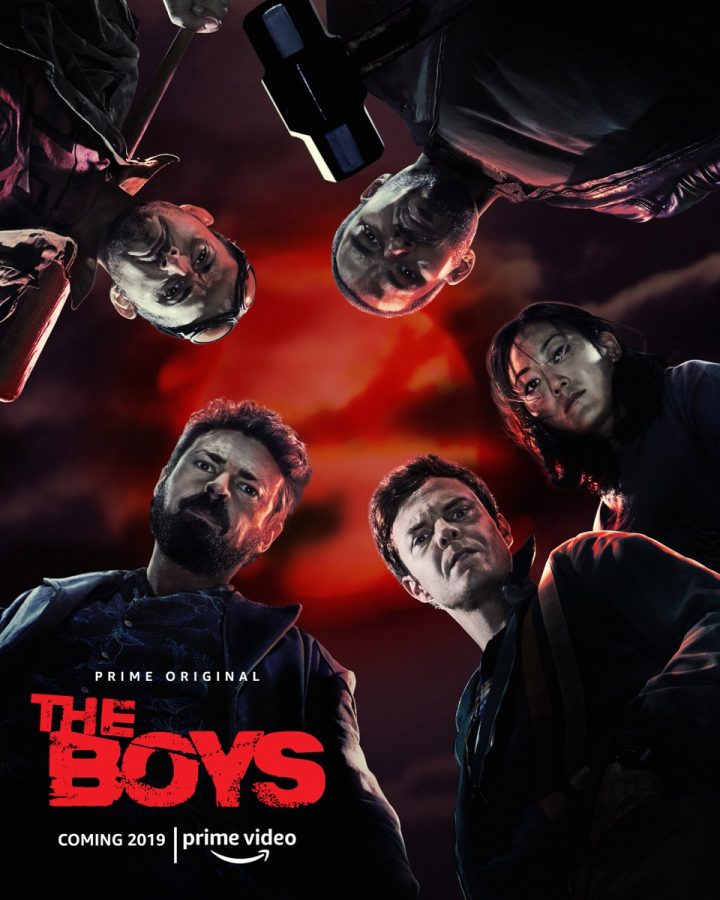 “The Boys” is disturbing, perverse, shocking – and it’s amazing.

“The Boys” takes the superhero genre and flips it on its head. Rather than these noble superheroes who always save the day and do the right thing, the Amazon Prime show presents us with corporately-made superheroes, who are more in love with their own celebrity status than they are with trying to be superheroes.

It’s up to The Boys, a ragtag group of mostly normal people who have their own problems with superheroes, to take them down a notch and try to unravel the mysteries behind these so-called heroes and the corporation behind them.

This show is not for the faint of heart. If you can’t tolerate drugs, gore and sex, this is not the show for you.

The story pits The Boys against The Seven, a group of the most powerful, and famous, superheroes in the world.

A number of actors put in fantastic performances. Among the superheroes, Homelander, the leader of The Seven, played by Antony Starr, delivers a terrifying, creepy performance that enthralled and disturbed at the same time with layers that keep unfolding to make him weirder and weirder as the season goes on. Erin Moriarty played the one superhero you could support and root for and delivered an exceptional performance as Starlight, while taking on tough situations and topics.

Meanwhile among The Boys, Billy Butcher, played by Karl Urban, delivers a performance where you’ll both love and hate him at the same time. Hughie, the lead played by Jack Quaid, also performs well, and really develops nicely over the course of the season as a character.

The show features several supporting characters who make the most of limited screen time to make you feel strongly about them one way or the other with characters like Frenchie, played by Tomer Capon, and The Deep, played by Chace Crawford as well as others.

The show is less about superhero fighting and more about both the interpersonal relationships and the spy format that the show often follows. That isn’t to say that there is no superhero action, but the show doesn’t overexpose it making it all the more impressive when you do see it.

The visuals the show has are impressive. It demonstrates the superpowers visually in an over-the-top way, but it never is so far that it seems unrealistic. When Billy Butcher uses a baby with laser powers as a weapon, it’s done in a way that lets the audience go right along with it, despite how objectively ridiculous it is.

While “The Boys” isn’t can’t-miss TV or likely to become a cultural touchstone, it comes as close to it as it can without quite getting there. It’s well worth a watch if you have access to Amazon Prime.

With season two already greenlit, “The Boys” will be back and, with season one ending on a cliffhanger, this show will leave you wanting more.