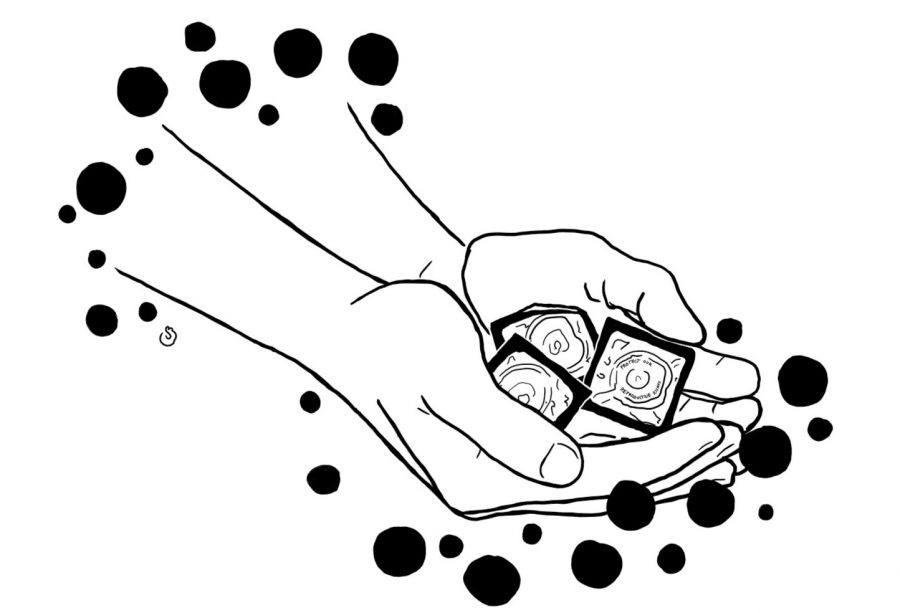 Over the past few weeks, students knocked on the doors of dorm rooms, set up a table outside Monroe Library and cornered students between classes, circulating a sheet of scrawled signatures that has come to be known as the “condom petition.”

And there’s even a good chance you signed it.

The goal of the petition was to garner enough community signatures to influence Loyola into allowing condoms to be sold on campus. At the time The Maroon went to print, the petition had gathered a total of 1,130 signatures.

Getting condoms on campus is something that students obviously feel passionate about, at least 43% do. And their efforts have certainly been valiant.

But trying to get a Catholic university to agree to sell condoms is like David trying to fight Goliath— without a slingshot.

Even though the student body is strongly behind ending this condom ban, we cannot be surprised that the school has said no in the past, and will more than likely continue to say no.

As a Jesuit university held accountable by the archdiocese, some of these decisions are beyond the university’s control. While the student body, many professors and even our understanding of social justice can lead us to forget this, we must remember that our school is fundamentally Catholic.

Some of us may be students here because of or in spite of that, but coming to Loyola was a decision we all made, and we need to accept all the implications of that choice.

Much of Loyola’s unique identity comes from being one of only 28 Jesuit universities in the country, so we can’t expect the administration to stray from its Catholic roots and beliefs, especially in a year when our Jesuit values are being examined through the Mission Priority Examen.

The Catechism of the Catholic Church teaches that all forms of contraception, except natural family planning, are intrinsically evil. The Church has had this stance since the second century. It’s highly unlikely that a student petition is going to change their mind.

When it comes to condoms, Loyola’s hands may be tied, but that doesn’t mean yours have to be.

By the number of signatures on the condom petition, it is clear students want access to condoms. Although the school probably won’t blow off it’s Jesuit values to provide you with rubbers, the sheer number of people who want this is powerful enough to get something done without Loyola’s assistance.

Loyola draws a passionate, loud and active student body. No matter what the subject, you can find Loyola students protesting with all of their hearts. Loyola students get stuff done. and promoting safe sex among students need be no different.

There are many different ways to help facilitate condom accessibility to students on campus. From carpool trips to Walgreens or Planned Parenthood, to making maps of free condom stands at Tulane, the possibilities are endless when students work together. Keep signing petitions, keep filling out surveys, table for your cause and never stop.

If there are 1,130 of you that are passionate about this, real change can come. Take this as a unique opportunity to work your way around the system. There is power in numbers. Your avenue is not Loyola, your avenue is each other.