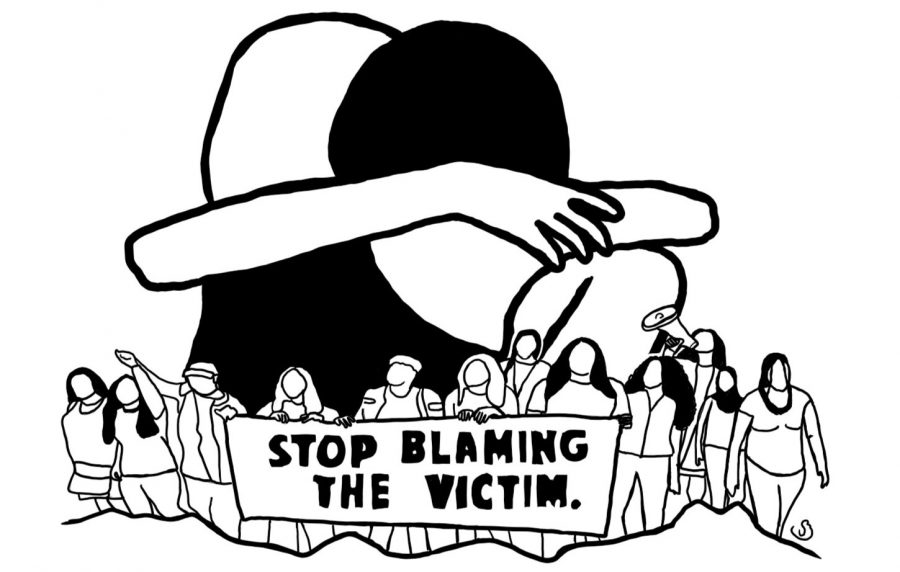 I need to write to you today about sexual assault, not specifically about the recent cases that have broken our hearts, but what I have learned from years of trying to find the answers on how to keep you safe.

And for once in a column like this, we’re not going to focus on what victims could somehow do differently, but on perpetrators, particularly the serial rapists who are responsible for so much of this violence. (Research is mixed, but some research suggests that the vast majority of rapes are committed by serial perpetrators.)

Here is the thing. The most powerful weapons rapists have at their disposal are not knives or guns, but the willingness of the rest of us to blame their victims. Perpetrators will do everything they can to make the victim feel responsible, and thus less likely to report. They count on the fact that their victims will be less likely to be believed if they do report.

Rapists have an easy time getting away with their crime in a world that constantly reminds women that rape is their fault. (And rapists know the world uses the same gender stereotypes to bury male victims in shame as well.)

In order to make it harder to report them, rapists will encourage a victim to break the law through underage drinking or drug use. They count on the idea that someone who has just smoked a joint is less likely to call the police or tell their parents.

Rapists use the weapon of shame, often by using as little force as necessary so the world will question whether she resisted hard enough. And by luring the victim first into some initial consensual activity, so that she – and the world – will blame herself.

Rapists prey upon the virtue of politeness, of the ways women are socialized to avoid making a scene or causing embarrassment, even as the danger begins to become clear.

Rapists will drug their victims, most frequently with alcohol, for three reasons: (1) to facilitate the rape itself, (2) to make it harder to remember and (3) to discredit them.

Rapists often choose victims who know them, who trust them and who will therefore have to risk their entire friendship circles and social identities by reporting them.

And when we blame victims, for what they wore or drank, for whom they trusted or kissed, we make it that much easier to get away with. We make it an agonizing choice for victims to tell anyone, even their best friend, much less the police. The strange thing isn’t that victims often fail to report, or do so after a confused and traumatized delay; the miracle is that victims find the strength to report at all.

I need you to know that Loyola will not punish you for conduct violations, such as drugs or underage drinking, if you report a violent crime or call us for medical help. Nor will the New Orleans Police Department, with whom I have worked closely for years. Not only that, we will not blame you.

For all of you feeling a little powerless right now, I want to give you something to do within your power. Your job is to never, ever fall into the trap of blaming each other, not even out of the very human desire to believe that the risk of rape doesn’t apply to you. Sometimes we all try to feel safer by imagining we would never be in the spot the victim found herself in. Recognize that for what it is.

To state the most obvious point in the world, there is nothing, I repeat nothing, that someone can do to deserve rape.

This is a moment to stop and make sure we treat each other, in every interaction, with the profound respect that reflects our values. This is a moment the Wolf Pack comes together and protects our own.