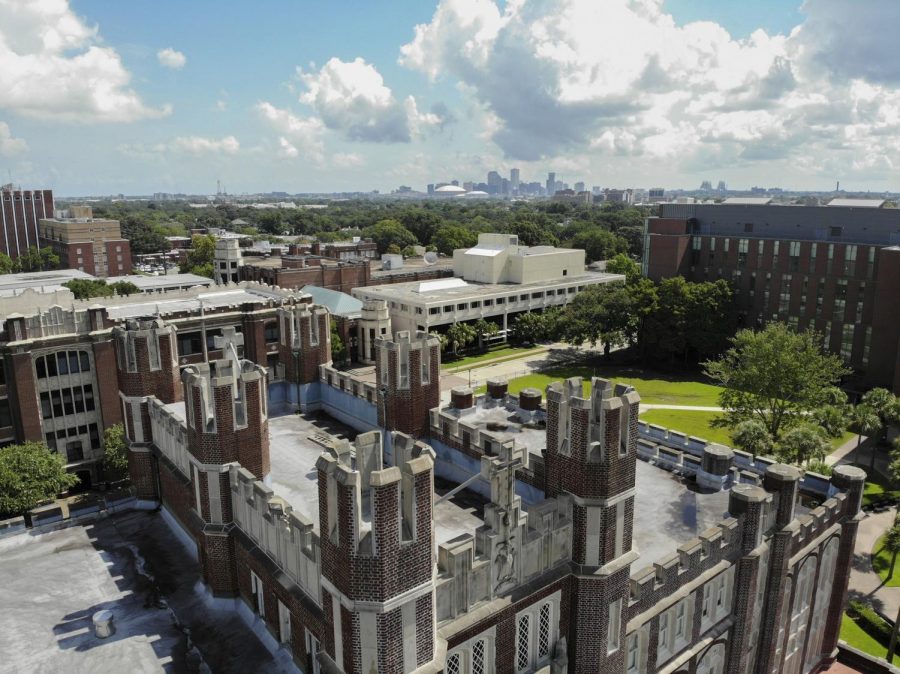 The Mercedes-Benz Superdome sits on the horizon of at Loyola. The Superdome was the previously planned host of the spring 2020 commencement which will now be in the Ernest N. Morial convention center.

Commencement is getting taken off the field.

Loyola University’s spring 2020 commencement will be moving from its regular location in the Mercedes-Benz Superdome to the Ernest N. Morial Convention Center due to planned construction at the Superdome.

The planned commencement would have been the last under the current contract. The contract expires in 2020, according to the Commencement Committee’s meeting minutes from March 28.

The convention center was also the home for commencement for several years in the 1990s, according to a representative of Loyola.

The event has previously been held in what is now the Smoothie King Center next door to the Superdome as well as locations on campus such as the Marquette Horseshoe and the Peace Quad.

Construction in the Superdome is expected to last four years according to SMG, the management company that runs the stadium.

There will be no limit on guests graduates can have in attendance, according to the university.

The commencement ceremony in the convention center is scheduled for May 9, 2020 with the undergraduate and graduate ceremony starting at 10 a.m. and the law school ceremony taking place at 5 p.m.