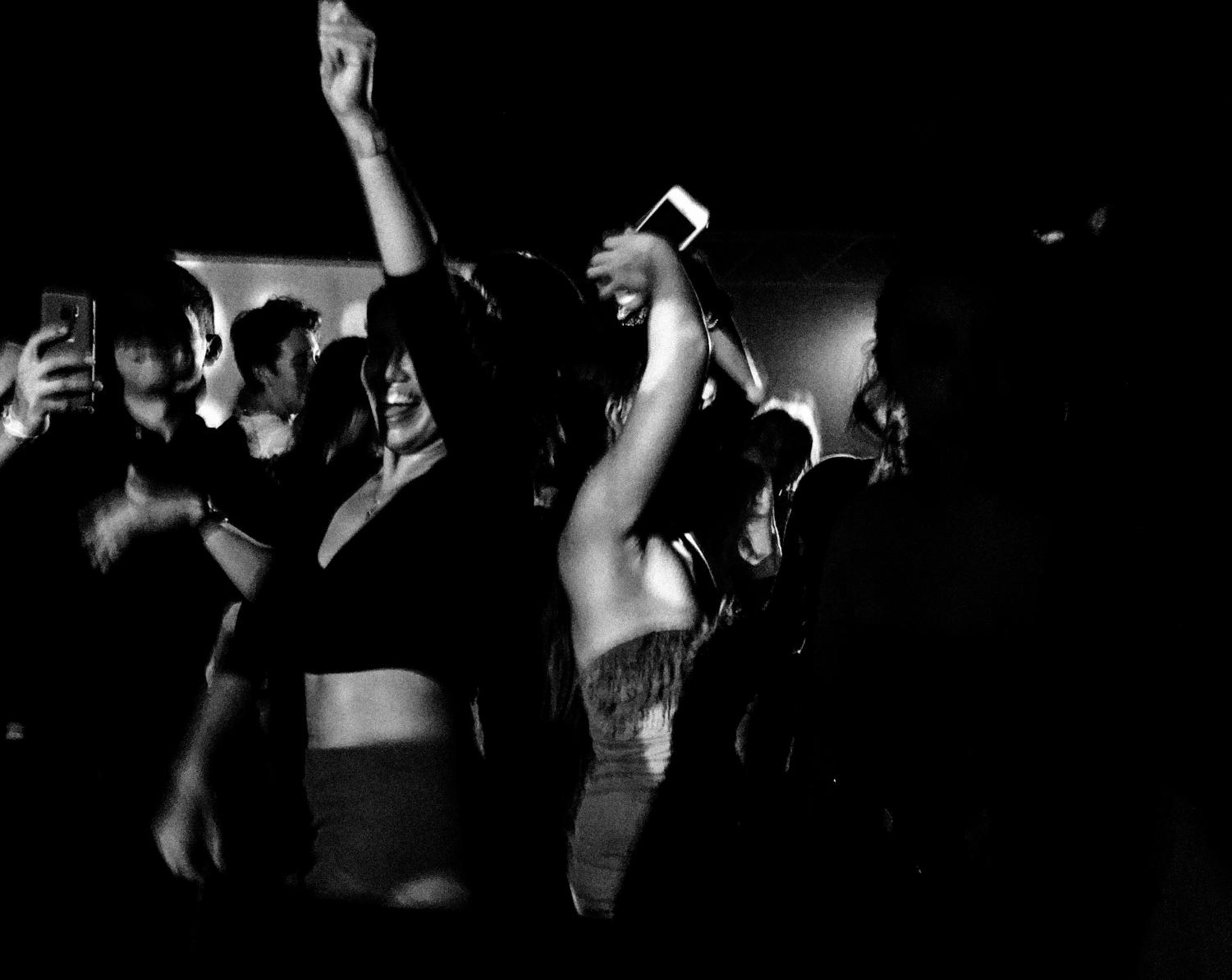 Girls dance at an Uptown bar on Sept. 6. Police have warned students that Uptown bars such as The Boot, TJ Quills and The Willow are “target rich environments.” (Michael Bauer)

Girls dance at an Uptown bar on Sept. 6. Police have warned students that Uptown bars such as The Boot, TJ Quills and The Willow are “target rich environments.”

After four hours of drinking, the night of Aug. 31 was still going strong for one Loyola senior, until things started going wrong.

She was dancing with a group of friends at the Uptown bar TJ Quill’s, and sipping her seventh drink of her four-hour-long evening when she suddenly felt unusually drunk.

“I basically felt like a bus hit me in the face. All of a sudden I was not okay, and I couldn’t remember anything,” said Avery, whose name has been changed to protect her privacy.

The next morning, Avery woke up with a raging hangover. She tried to drink water, but immediately threw up after every sip. She tried to eat half a biscuit, but was sick again. She said it was completely unlike her to have such a strong reaction to an “average Saturday night.”

It was these unusual circumstances that led Avery to believe she was drugged.

And Avery is not the only one.

According to the Director of University Police Todd Warren, LUPD has seen a recent spike in reported drugged drinks.

Warren said he “feels confident” about three reported cases of students consuming drugged drinks at The Boot, an 18+ bar near Tulane University, since the beginning of the semester. He described the three reports in four weeks as an “anomaly.”

“We sure didn’t have that last year,” Warren said.

While there may have been several suspicious reports of students consuming drugged drinks last year, Warren said none were ever officially confirmed with university police.

Of the three cases of drugged drinks that Warren has investigated this year, Avery’s case is not one of them.

Despite the experience being “terrifying,” Avery said she didn’t feel comfortable reporting the incident to LUPD because she made it home safely, thanks to her friends.

Of the cases Warren has investigated, all of the incidents have taken place at The Boot.

The bar has received extra scrutiny in recent weeks due to two recent sexual assaults that resulted after female students were approached by a male suspect at the bar.

“I certainly don’t want everyone to think that it’s the only place in town where this could happen,” Warren said. “I certainly would believe that it could occur anywhere. And it may be occurring in other places, it just hasn’t been reported.”

Avery said she hopes sharing her story will help emphasize that The Boot is not the only bar nearby where students should be wary.

While she made it home safely, Avery feels that under other circumstances she could have easily been taken advantage of. She also felt that the incident was a wake up call that not only freshmen students are targets.

“I’m a senior so I have a very solid, consistent group of friends, and if I was a freshman with brand new friends who I hadn’t known for more than three weeks, I definitely could have ended up with a very different end to the night, I feel,” Avery said. “It was very refreshing to know that my friends took care of me because they said they realized there was something wrong with me and they kept an eye on me.”

Warren said that LUPD, Tulane police and the New Orleans police have actively worked together in the reported drugging and assault cases.

Avery commends what the police departments have done to ensure student safety so far, but hopes they continue throughout the semester.

“I’m going to be fine, but that’s why I’m doing this interview,” Avery said. “This is a big issue and its a bigger issue than it has been all three years that I’ve been here, and it needs to get the recognition and attention it deserves from LUPD, TUPD and NOPD.”

One Response to “Nightmare bar scene plays out Uptown for senior”