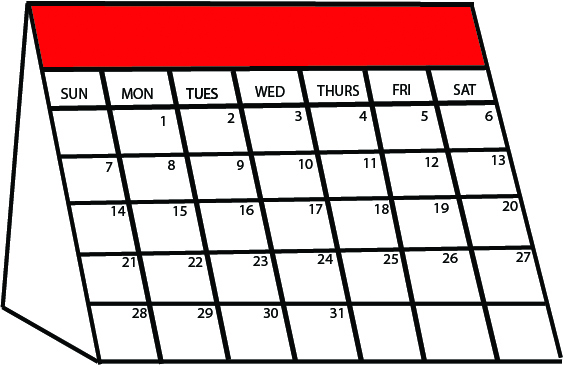 Sept. 24: The Head and the Heart, an indie-folk band present themselves at The Fillmore

Sept. 24: Deep Purple, a classic rock band from the British invasion era, will stop by the Saenger Theatre for The Long Goodbye Tour ft. Joyous Wolf.

Sept. 29: Stone Temple Pilots, a 90s grunge band will be co-headlining with Rival Sons at the Fillmore New Orleans.

Oct. 3: 19-year-old Chicano-American star Cuco will bring his North American tour to The Republic for a fun lo-fi show.

Oct. 16: Danny Brown, experimental Detroit rapper and songwriter, performs at The Republic NOLA. He will be on tour after the release of his upcoming album, “uknowhatimsaying¿”

Oct. 18: Amon Amarth, a Swedish melodic death metal band, will bring perform with Arch Enemy, At The Gates and Grand Magus at the Fillmore.

Oct. 19: Reggae group Steel Pulse headlines the House of Blues with tribal Seeds as main openers while on a world tour.

Oct. 19: 5 Seconds of Summer, a pop-rock band, will open for the EDM band The Chainsmokers at the Smoothie King Center.

Oct. 25-27: VOODOO Music + Arts Experience comes back to City Park with headliners Bassnectar, Guns N’ Roses, Post Malone and Beck. Other acts include: Bring Me To The Horizon, Rezz, ZHU, Young The Giant and Denzel Curry.

Oct. 31: Electronic producer Pretty Lights comes back after a hiatus for a Halloween night at the Howlin’ Wolf.

Nov. 17: BROCKHAMPTON, critically acclaimed American rap group, will bring their “Heaven Belongs To You Tour” to the Fillmore New Orleans in support of their latest album release, GINGER.

Nov. 21: New York rapper and producer Skizzy Mars will perform at the House of Blues, ahead of his upcoming album “Free Skizzy Mars.”

Nov. 26: The 1975, a U.K. pop/rock band, will perform at the Kiefer Lakefront Arena at the University of New Orleans on a stop of their North American tour supporting their latest album “A Brief Inquiry Into Online Relationships.”

Nov. 26: Alternative rock band Incubus, brings their “20 Years Of Make Yourself Tour” to the Fillmore New Orleans. This tour commemorates the release of their smash debut album “Make Yourself,” celebrating its twenty year anniversary.

Dec. 3: Pop/punk bands We The Kings, Simple Plan and State Champs come to the House of Blues on their Fall 2019 co-headlining tour.