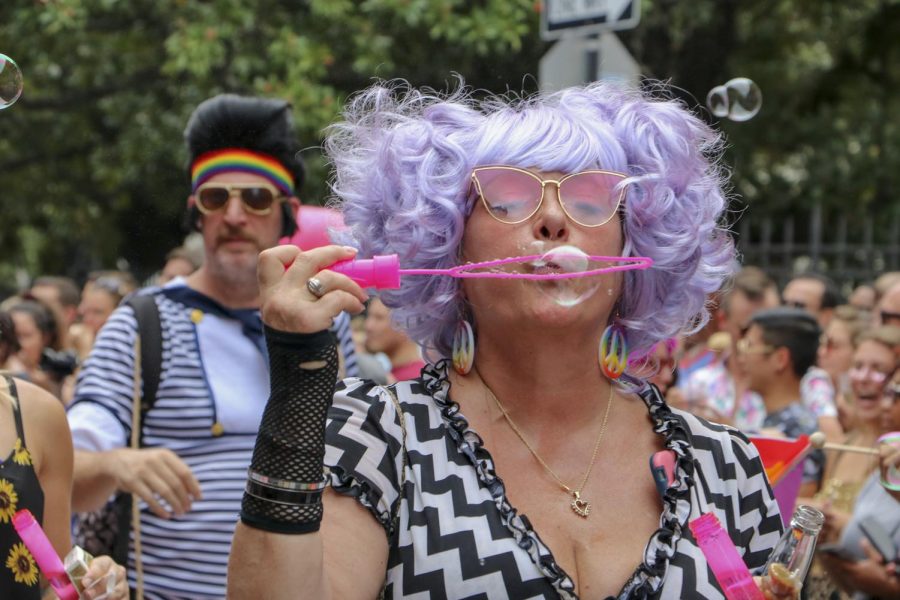 Southern Decadence is a five-day-long event that takes place every year on Labor Day weekend. Now in its 48th year, Southern Decadence has transformed from a small gathering celebrating LGBTQ+ pride, to now attracting 250,000 participants. It has generated $275 million in tourist revenue, making it among the city’s top three tourist events, according to the official Southern Decadence website.

Decadence remains an important event for people of the LGBTQ community.

“Decadence shows pride without prejudice. lt is a way of exposing to the community the lives of the LGBTQ. This celebration is a bonding moment in history. For this being my very first decadence, l felt as a member of the gay community not just an outsider. l felt the joy and camaraderie of my social group, celebrating and sharing good times and stories of the past, which is what has gotten us to where we are today,” said festivalgoer Scott Weidenbacher.

Bringing the LGBTQ community and its supporters together, the theme of the 48th annual year was “Fruit Salad: Come Toss a Good Time.”

The kick-off of the celebration began with a Welcome Party and Battle of the Bulge contest at The Bourbon Pub. The party continued throughout the weekend with the Bourbon Street Extravaganza 15th Anniversary Concert on Saturday followed by an after-dark party and the Southern Decadence Walking Parade on Sunday plus many other events throughout the weekend. The performers for the Bourbon Street Extravaganza were Ultra Nate, Jeanie Tracy, and Beth Sacks. Monday, Labor Day, the celebration came to a close at The Bourbon Pub with the “Hung Over and Broke” Drink and Down event.

For many, it is important to live in a city that openly celebrates differences.

“Its refreshing, living in a city that celebrates being gay. lt helps better our community in all aspects in schools, politics, business and families. lt teaches our children and all community members to be non-judgmental and without prejudice so everyone feels accepted. Celebrating our city’s communities opens our hearts and minds to others of lesser equality and encourages others to do the same,” Weidenbacher said.