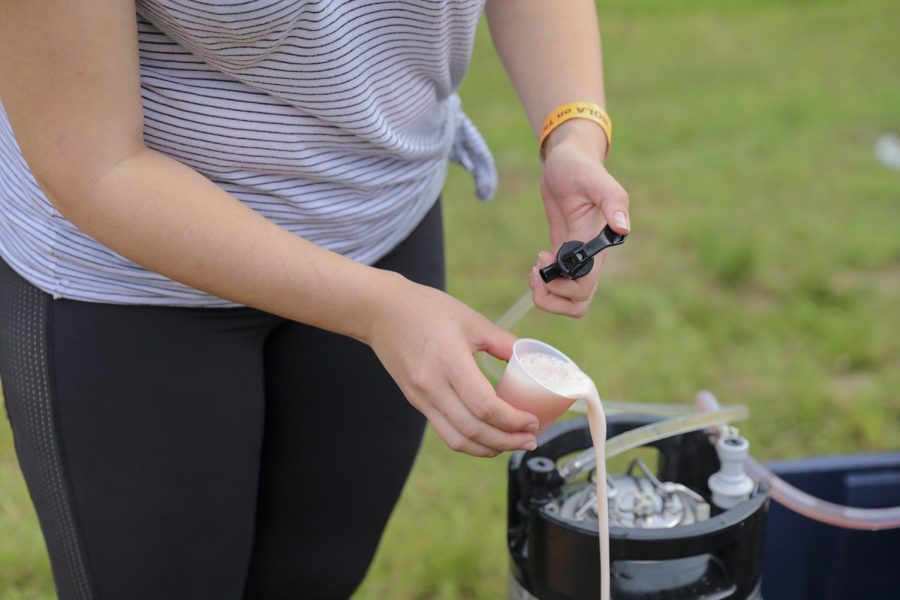 Beer lovers and animal lovers alike gathered in City Park over the weekend to appreciate beer, dogs, music and more beer at the 10th annual NOLA on Tap festival.

The festival, which featured more than 400 beers from both commercial breweries and homebrewers, raised money for the Louisiana Society for the Prevention of Cruelty to Animals.

One of the many homebrewers at the event was Jessica Molina A’13, who brews with her boyfriend, John Bouwsma, under the name Brazen Brewing.

Molina is fairly new to brewing, having started only about a year ago. However, she is already dreaming big.

She said she hopes to one day turn her hobby into a full-time job by starting her own, full commercial brewery.

“There’s no female-owned breweries in New Orleans,” Molina said. “I’m gonna do it.”

Molina said she expected to face challenges as a woman in a male-dominated industry. She named her brewing enterprise Brazen Brewing for the tenacity she expects this endeavor to require.

“Blazing the trail and doing your thing,” she said. “You have to be bold.”

Molina also said, however, that the culture of brewing and beer festivals is a friendly and welcoming one. All of the homebrewers at NOLA on Tap, she said, were happy to help each other out and share constructive criticism.

“It’s such a great community feel,” she said.