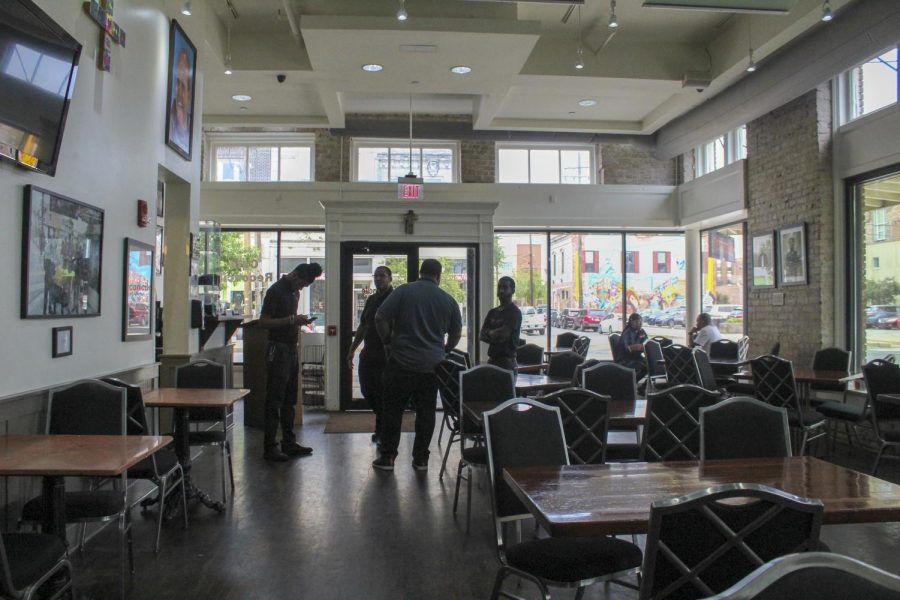 New Orleans is host to a variety of special places to eat, but none bring more to the table or have more on their plate than Café Reconcile.

At face value, the restaurant may appear to be like any other, but behind the scenes, they have taken bigger steps and are serving the community in more ways than one.

The café also works as a non-profit, workforce organization that trains young adults between the ages of 16-24 in the culinary arts and furthers their development of personal and professional growth.

The programs accepts anyone from student interns to people with rough backgrounds and shortcomings.

Chef Eugene Temple Jr. has been working at the café for six years and has made it a mission to serve his community, especially the struggling youth.

“I love to cook, but I love young people even more. So my whole objective is to see them blossom into what they’re supposed to be here doing,” Temple said. “It’s like my ministry.”

Temple said he sees students come in with several issues and end up blossoming by the conclusion of the program.

“We are named Reconcile, so it speaks about another opportunity,” Temple said.

“Sometimes at that age, young people don’t know exactly what they want to do or they’re confused.”

“Our door is always open to help those young people that hit road blocks, so they can exercise their skills to move on in life.”

Employee and former graduate of the program, Michael Jones, was presented an opportunity and has no regrets about the decision.

“Café Reconcile was brought to me as a culinary school,” Jones said. “About five years ago, I was here and there at (other) restaurants just trying to keep a steady job.”

“Unknowingly, I would fall into the interest of cooking. So when I got word of Café’ Reconcile being a culinary school, I figured I would go there and build on my culinary experience.”

Jones felt that he has learned so much from the restaurant, both as a student and employee.

Jones then shared what he found to be the most important aspect of the program.

Employee Steven Whitten was told about the program through his mother who he was living with after he graduated in 2007.

“I was like every other student who was in the program,” Whitten said.

“Being hard headed, I didn’t want to go through the program, trying to find a way out.”

Whitten then began to grow a love for the program as time went on.

“They started letting me cook and teaching me how to do different trainings.”

Whitten gave praise to his mother for recommending the program to him and says it has saved his life in the long haul.

“Probably if I wasn’t in the program, I probably would be in jail or something else worse could have happened to me,” Whitten said.

Whitten said that he takes all the things he has learned from the program and continues to apply them to daily life, something that he feels should be consistent for all who have been involved with the program.

“I’m still the same person when I walk out of the building,” Whitten said.

“I’m still humble and I’m still trying to help people outside the building, especially the youth. I try to pull them in and bring them to the program to help them make better decisions with their life.”