Editorial: The planet depends on us 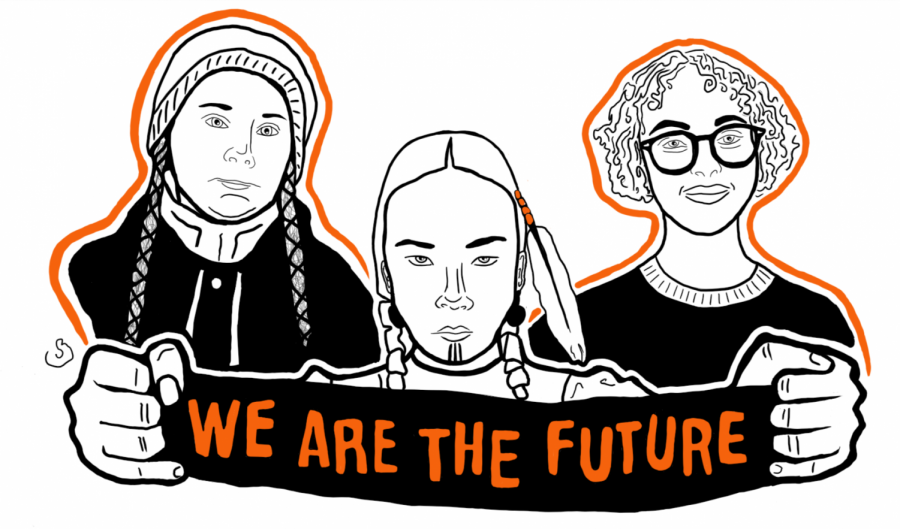 Last week, millions of people skipped school, work and other commitments, and flooded the streets to engage in a week-long series of protests all across the world. Commonly referred to as the Global Climate Strike, its goal was to call attention to, and demand action on climate change.

If you somehow didn’t know, the Earth is dying. The planet is warming at an alarming rate. The ice caps are melting, and sea levels are rising. The oceans are acidifying, making it harder for many ocean creatures to make their shells. By 2020, vertebrate animal populations are projected to decline 67% from levels in 1970, according to the Living Planet Index. Hurricanes are getting stronger. The Arctic is melting, leaving many of its inhabitants, such as polar bears and seals, starving due to a reduction in hunting range. It seems like we’re headed toward the end of life as we know it.

And the worst part? It’s almost all our fault. We humans have single-handedly destroyed the only place we can live with our selfish, imperialist attitudes. Our excessive emissions of carbon through fossil fuels and deforestation have significantly heated the planet. For reference, it took about 12,000 years to raise the temperature of the planet four degrees naturally, and humans raised it almost one degree in only 170 years, according to Journal in Nature and the U.S. Global Change Research Program. We are in the middle of a mass extinction event that is a direct result of human activity.

Young people have taken the reigns on the fight against climate change. We as the future generations can no longer wait for adults to do their jobs. As college students, many of us are on the cusp of Generation Z, as well as the cusp of true adulthood. Being in that inbetween, it can sometimes be hard to identify with these “children-led” movements run by high schoolers and middle schoolers. But fundamentally, we have just as much of a future to fight for, and those differences in age do not change that.

This spot that we are in gives us an advantage of both understanding the direness of our circumstances, and having enough systemic power to change them. We have the chance to enact real change. We soon will walk into the same positions the people who put us in this mess hold, and that’s the best position to be in to get us out of this dangerous threat. We truly are our only hope.

This is our time. We are the future of this planet. All future generations of humans depend on our actions now. We cannot sit idly by and become the generations that came before us.