Battle of the Dining Halls: Loyola vs. Tulane 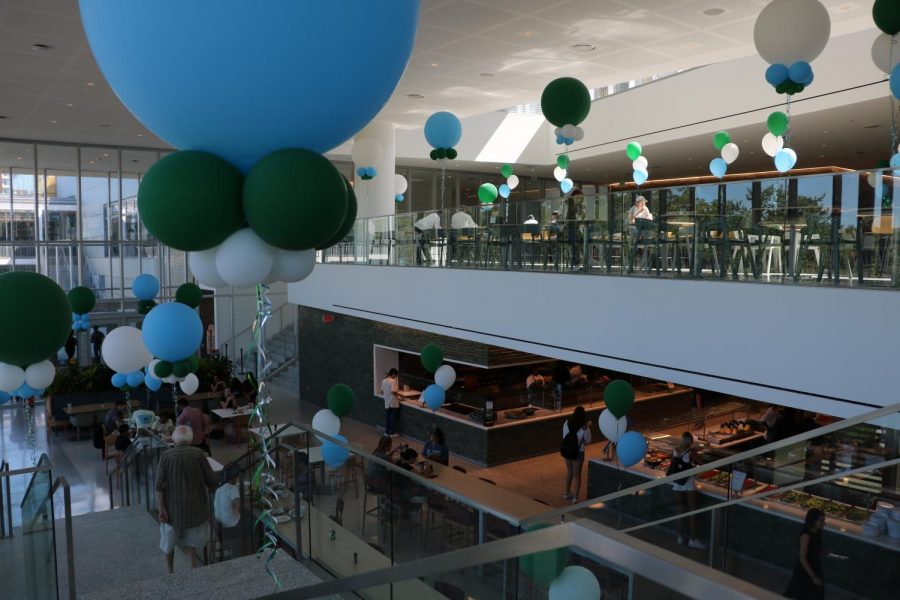 The dining hall we’ve all been waiting for has arrived.

The Bruff Commons, the eagerly-anticipated dining hall of opened earlier this year, and both Tulane and Loyola students are raving about the new and improved dining area with its modern architecture and 10 different food options spread out on two floors.

I’ve been to the Commons with some friends and am here to tell you it was nothing short of amazing.

With the grand stairs, both outside and inside the building, the plants hanging from the ceilings, balloons at each table and the big, gold letters reading “#ATTHECOMMONS,” it just screams “High School Musical” vibes. Finally, East High all grown up right before our eyes has become a reality. You can almost picture the spontaneous flash mobs.

The seating selection is amazing. There are long tables on both floors in the middle of the cafeteria with high chairs on each side and smaller tables scattered throughout. The dining hall also features circular tables, rectangular ones and small booths, reminiscent of a real restaurant. They even have tables in the spaces next to the stairwell. How much more extra could a dining hall be?

The food, on the other hand, is less than what Sharpay would prefer. Both Loyola and Tulane use the same food provider — Sodexo — so, although Tulane has more food options, the quality is generally the same as at the Orleans Room here at home.

For psychology freshman Cynthia Russell, Tulane’s newest addition didn’t quite impact her as much as it did others.

“I think the Commons is overhyped,” Russell said. “I think a lot of people from Loyola assume because the Bruff Commons is new, it’s automatically better than our cafeteria. But, it’s really not that much better.”

Maybe Tulane’s food tasted slightly different when I went because I was no longer on Loyola’s campus. Maybe the “High School Musical” essence of the building added extra flavor to the food. Whatever it was, after my second and third time going to the Commons for dinner, the honeymoon phase had passed.

The drink selection though? Talk about “boujee.” They have doubled the selection of drinks and offer at least three different types of water — tap, sparkling and distilled. Not only that, but their drink dispensers look like beer taps.

Thanks Tulane for once again, making a Loyola student feel poor. I will gladly live on your campus now.