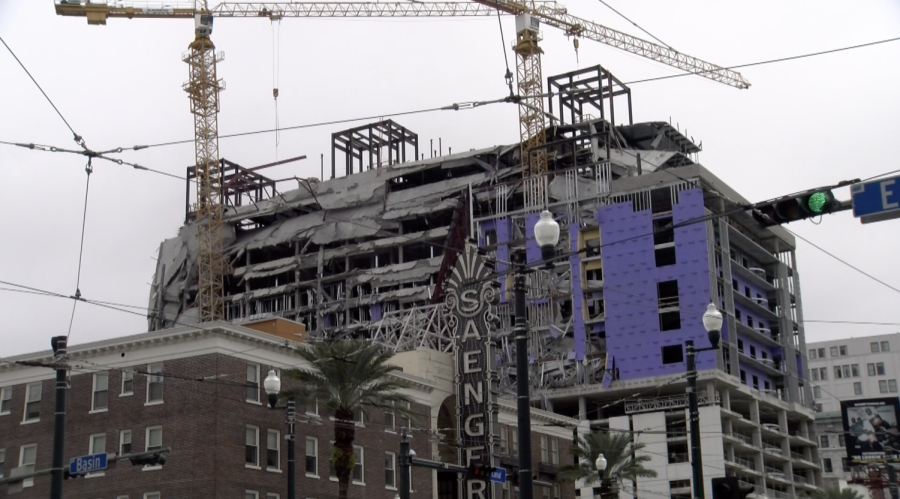 One person is dead, and 19 injured after a building collapsed located at Rampart and Canal street. All 19 are in stable condition.

The collapse happened around 9:00 AM Saturday morning, officials said.

That building was the site of the Hard Rock Hotel that is currently under construction. Around 200 construction workers were in the building at the time. There are two people unaccounted for, officials said around 3:00 PM on Saturday.

“It was a major collapse of the upper six to eight floor of the building. It is still very unstable. We went in initially and removed several people from the building,” New Orleans Fire Chief, Tim McConnell said.

Billy Landwher is a worker on the site.

Gov. John Bell Edwards arrived at the scene around an hour later. The governor said he was thankful that pedestrians and motorists on the street were able to get away from the building safely.

“We are praying for the individuals who remain unaccounted for. It is not proper at this point to say that they are trapped because we don’t know that. Although they may be. Which is why this remains a very fluid scene,” Gov. Edwards said, “Which is why we have to allow the first responders to continue to do their work.”

Witness Leroy Miranda was at a nearby traffic light when he saw the building collapse.

“It’s an engineering problem someone made a mistake,” Miranda said, “A big mistake, and they should be fired.”

The cause of the collapse is still under investigation and officials are asking people to stay out of the area.