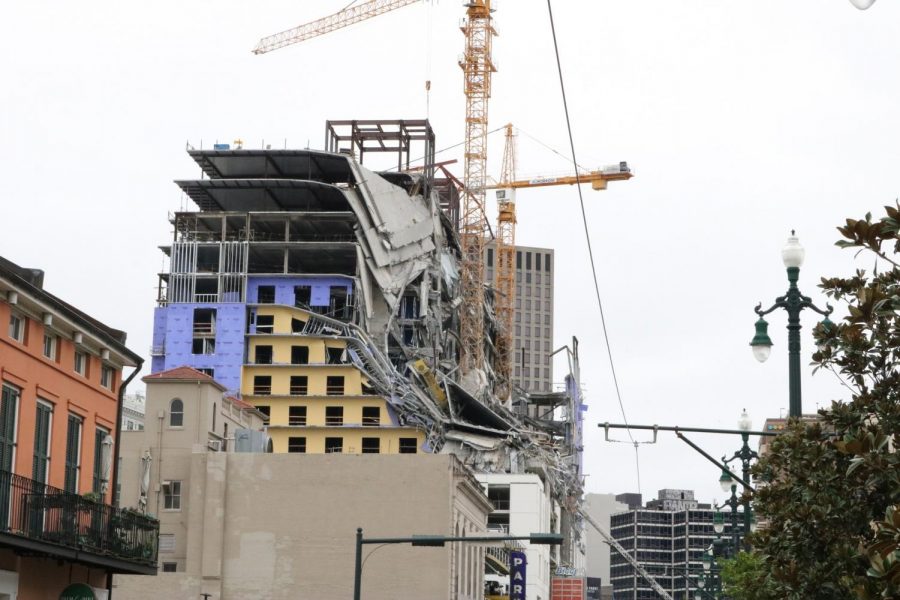 Search and rescue teams resume their work this morning as they look for one missing construction worker in the Hard Rock Hotel wreckage on the corner of North Rampart and Canal Street.

Two people are now confirmed dead, one was killed in the initial wreckage and other was pronounced dead last night and has not been identified.

In total, 18 people were injured in the building collapse and everyone who was hospitalized are now in stable condition.

The area surrounding the scene is currently under evacuation. The residents in the red zone of the map were told to leave while the orange zone is the streets that have been shut down. 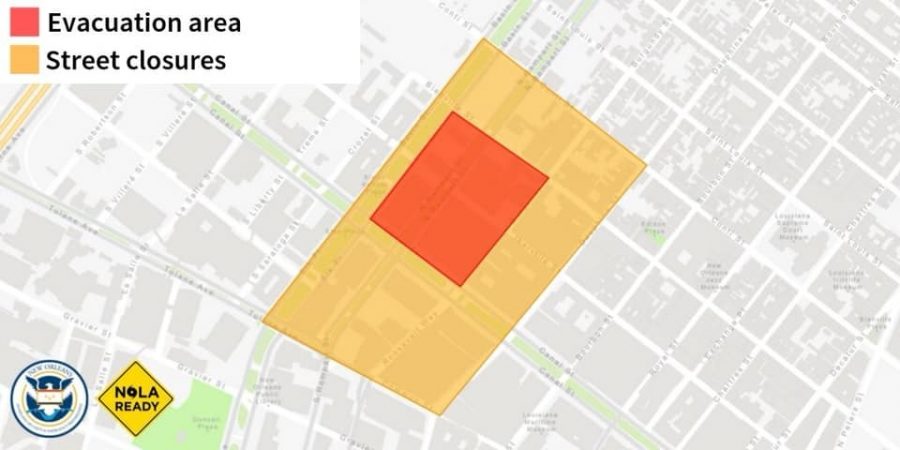 There are concerns that more of the could still fall.

“It is still very unstable,” New Orleans Fire Department Superintendent Tim McConnell said of the building. “This will be a marathon.”

Officials also worry about the two cranes that remain on the construction site. One of the cranes was hit with debris when the structure came down and it started to sway.

An additional crane is now at the site and another is expected to arrive. The goal is to have them both help stabilize the structure.

The crane has arrived, escorted by @LAStatePolice. It will help to stabilize the structure & enable additional response operations on scene of the #HardRockCollapse. pic.twitter.com/TBZY3ZIysl

Governor John Bel Edwards said the 270-foot-crane is a concern.

He said, “When you see the crane listing away from the building, this is very serious.”

Mayor LaToya Cantrell wants the focus to be on the workers and their loved ones at this time.

She said, “Our focus is on continuing to secure the site and to doing everything we can to support the families impacted as rescue efforts continue.”

The cause of the collapse was not immediately known. The Hard Rock Hotel was supposed to be an 18-story building with 350 rooms and 62 condominiums. It was initially set to open this spring.

If you have tickets for either days, you will be refunded.

Hard Rock International responded to the wreckage, saying, “Hard Rock has had no involvement in the construction of the project. We want to extend our deepest sympathies to victims of this tragic accident and to their loved ones and friends.”