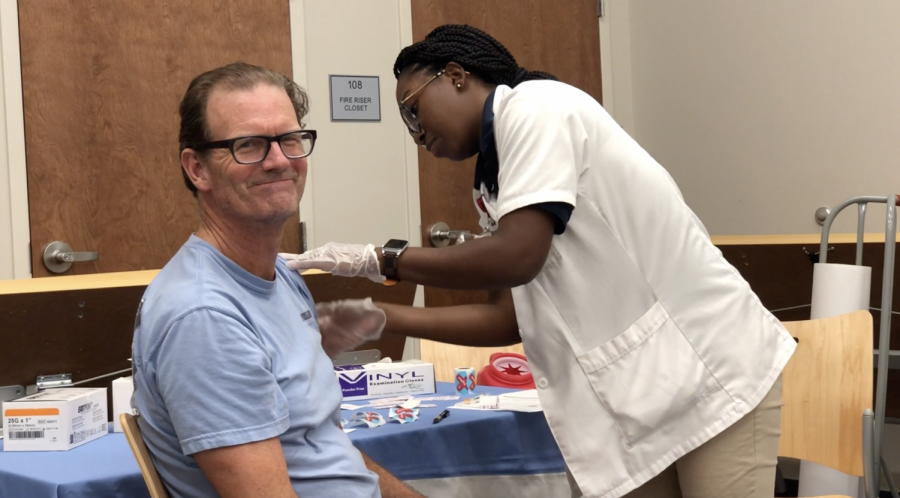 Monica Wilson-Leary, an elementary school teacher of 27 years, never thought she would become an advocate for flu vaccinations, but that all changed after a friend of hers died from the flu after choosing not to be vaccinated.

“You never know which strain [of the flu] is going to hit our city,” said Wilson-Leary, “a lot of people don’t take it seriously but these are dangerous times and you must be very careful.”

What happened to Wilson-Leary’s friend is not a rare occurrence. According to the Centers for Disease Control and Prevention, since 2010, between 12,000 and 79,000 people die from the flu every year. Also, a total of between 9.3 million and 49 million people catch the flu every year.

Another, more concerning, statistic, however, was that in 2018, the CDC said that only around 37 percent of adults in the United States were vaccinated for the flu and Louisiana had the lowest percentage of any state at only 29 percent.

To help combat these low numbers, Walgreens pharmacists are teaming up with New Orleans Public Libraries to provide free flu shots for residents.

“We are starting to see cases of the flu already so we are encouraging the customers when they come in the store, the people we meet, family members to come in and get it as soon as possible,” said Joni Mosely, Walgreens pharmacist, “because it is one of those preventable things.”

Mosely encouraged everyone to get vaccinated as soon as possible because the flu shot takes around two weeks to take effect and people are catching the flu earlier this year. Wilson-Leary echoed Mosely’s sentiment by saying that people should not let their “laziness” get in the way.

“The mentality of ‘oh, it’s not gonna happen to me,’ well it can happen to you,” said Wilson-Leary.