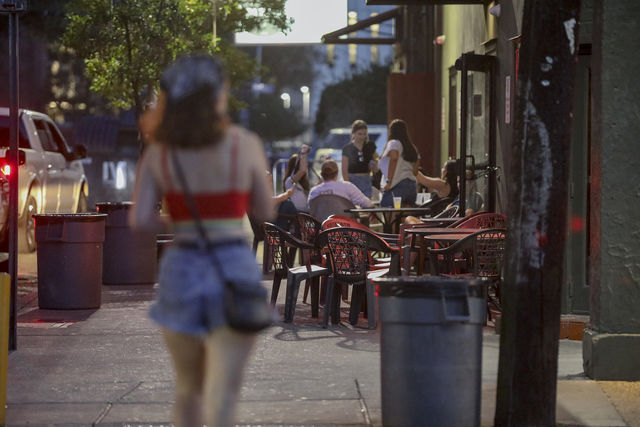 A woman walks by The Boot Bar and Grill while people mill around outside on Sept. 10. The Boot is the site of a recent sexual battery, in addition to the starting point of two recent sexual assaults.

Students and university police alike are still waiting for answers nearly a month after the arrest of a Loyola exchange student jailed in connection with a sexual battery that took place at the Boot Bar & Grill in late September.

However, since the arrest, Warren said the Loyola police department hasn’t continued to work alongside NOPD.

“I’m working on opening up some lines of communication,” Warren said.

While news of the arrest seemed to be an answer to the string of assaults that university police warned of during late August and early September, Warren stressed the first two instances are still being investigated and arrests have not been made.

While leads have been chased, according to Warren, police are still waiting on physical evidence from the lab.

“With some work, the cases could be solved,” Warren said.

Warren also said LUPD has received pressure from students, faculty and parents looking for further answers and closure in the cases.

Warren said the reports of students consuming drugged drinks have stopped in the last month. Additionally, in preparation for the Halloween and VooDoo Fest weekends, Warren said the Loyola and Tulane police departments have met with The Boot to discuss student safety plans. The Uptown bar has been working closely with the departments since the string of assaults, and the arrest of Cifuentes, according to Warren.

For the holiday weekends, students can expect to see heightened security in the Uptown area from the university police departments.