Public transportation has a busload of issues 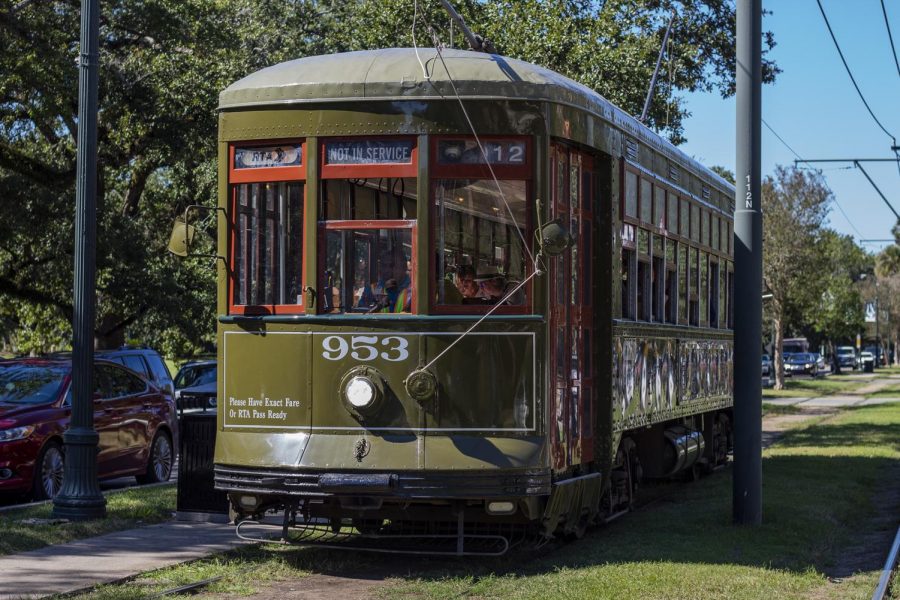 Streetcar headed toward S Carrollton Ave on October 23, 2019. This is one of the main forms of public transportation in New Orleans. Cristian Orellana/The Maroon.

As a commuter, I learned the hard way that public transportation in the United States has always been disconcertingly bad. I used to hate waking up really early during high school just to make it to class, and I did not want to endure the same thing in college. But in a city such as New Orleans, streetcar repairs, delayed buses and time-consuming transfer rides have made arriving to class on time a mission in itself.

My story is not an isolated case, as American public transit has become a subject of public disdain due to its poor state. According to a 2015 study in the Journal of American Planning Association, public transportation in the United States receives more hate on a daily basis than social welfare programs, the IRS, and even United Airlines. This has created a detrimental effect on our supposedly “superior” country, which is now being outshined by nations with better service. Back in 2016, the World Economic Forum rated the United States 16th in its assessment of the quality of its transport infrastructure, which is far below countries such as Japan, which has a highly efficient mass transit system, and France, which has a high-speed rail line that has broken world records for speed.

So why does the greatest country in the world have terrible public transit?

A firsthand understanding of how and why public transit is important is essential in addressing its slow decline. In a recent Vox article, UC Berkeley professor of regional and city planning Robert Cervero suggests that politicians who even implicitly support investing public transportation “would like to see more public transit to decongest the roads and help the poor, but when it comes to trip-to-trip decision making, most people weigh the choices and just end up driving”. Therefore, walking the proverbial walk when it comes to the public transit issue is essential toward improving it.

On a local level, New Orleans has been dealing with its inability to get people from point A to point B on time for years. Now with Mayor LaToya Cantrell pledging for improvements in public transport, it won’t be long before mass transit in the city gets back on its feet. The New Orleans Regional Transit Authority just has to provide more buses to make sure that every commuter waiting in a particular route is accounted for. Stemming from this suggestion, the agency can also consider expanding its alternative bus routes in order to avoid traffic, which is the main reason for buses not arriving on time. After all, public transport is an essential link between people and their jobs, and especially commuter students like me who need to get ahead in school on time.