Take back the night shows solidarity for victims 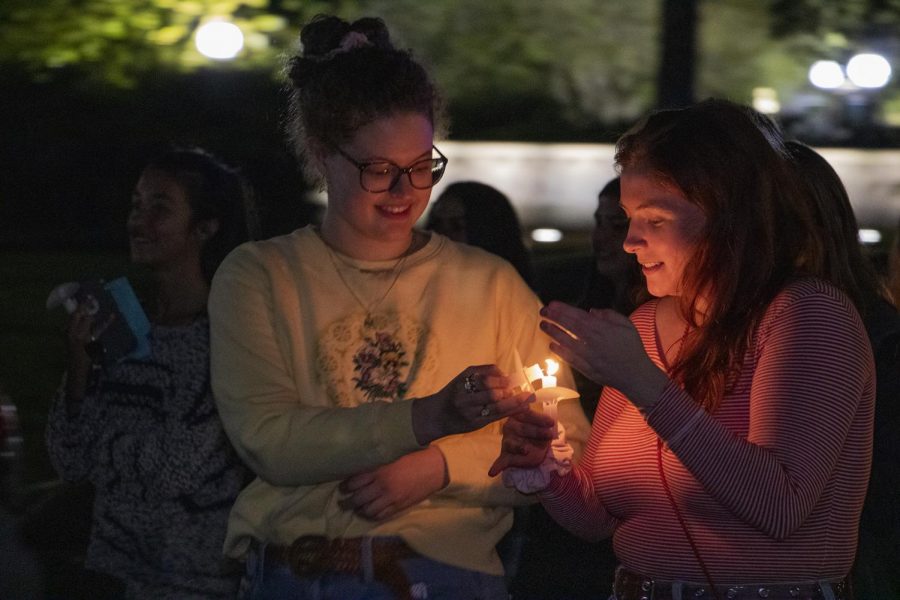 Sophomore psychology majors Melissa Berner and Ivy Fitzgerald light candles during the Take Back the Night march on Oct. 24. The march took place down St Charles Avenue and Broadway Street. to stand in solidarity with sexual assault survivors and victims of gender violence.

St. Charles Avenue was shut down. Nearly one hundred students held flickering candles and told personal stories of sexual assault and violence before linking arms and marching down the closed street on Oct. 24. It was the 28th Annual Take Back the Night March, a yearly tradition between students from University of New Orleans, Loyola, Tulane, Xavier, and Dillard Universities.

But this year, the campus context for the march at Loyola felt different.

During the first two weeks of the semester, two sexual assaults as well as multiple druggings of Loyola students linked to The Boot Bar & Grill were reported and made city-wide headlines. That same month, a Loyola student was assaulted at The Boot and a Loyola exchange student was arrested in connection with the crime.

Women’s Resource Center Director Patricia Boyett said the publicity of these cases encouraged activism and likely increased participation in the march, but she emphasized that the stories they tell are nothing new.

“Unfortunately, every year we have cases. Those cases got a lot of publicity and they are horrible and it’s always devastating, but there’s a lot of cases people never know about because they are not in the newspapers,” Boyett said.

Valeria Bermudez, psychology freshman and volunteer at the Women’s Resource Center, said she chose to speak at the event in hopes of making the lives of sexual assault survivors visible.

“It’s something I can do outside myself to help people never have to go through what I went through,” Bermudez said.

While events like Take Back the Night make the feminist movement visible, Bermudez said the focus needs to be on what comes next, an idea shared by University President Tania Tetlow.