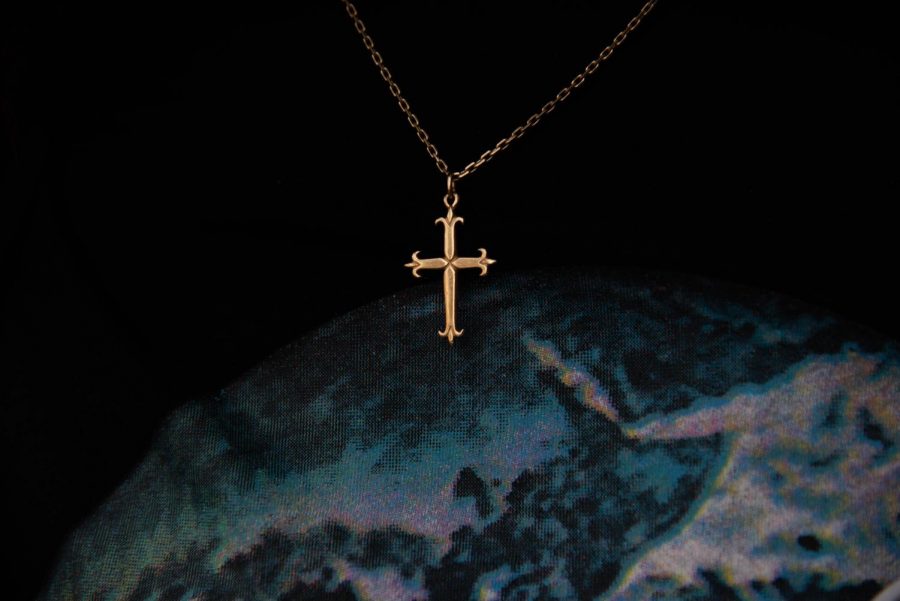 When Osama Ayyad walked onto Loyola’s campus for the first time, he saw the Catholic identity of the university as an opportunity to learn. While the political science senior is a Muslim man, a Jesuit education was a chance to gain an understanding of Christianity and faith in a way he never had before.

“I take lessons from all faiths,” Ayyad said. “You have to be open to all sorts of information and ideologically you have to have an open mind, because new information will do one of two things. Either it will enlighten you or confirm your belief.”

Despite the fact that Loyola is a century old university steeped in Catholic history and tradition, Ayyad is just one of the large population of non-Catholic students who walk through campus every day.

Campus Religion by the Numbers

According to University Chief Enrollment Officer Nathan Ament, students applying to Loyola may choose to include their religion on their application, although it is not a required component nor does it play a role in acceptance decisions.

In Fall 2019 and Fall 2018, 33% of students reported being Catholic on their university applications. This is a decline from the 39% of applicants that reported identifying as Catholic in Fall 2017, according to data provided by Ament.

“Catholic identity will still have an impact on a student’s decision, either positive or negative, depending on the student,” Ament said. “Anecdotally, we have even heard from non-Catholic students that these values are one of the reasons they chose Loyola.”

Even as large student populations on campus do not report identifying as Catholic, Daffron also speculates that an element of the Jesuit mission speaks to students whether they are Catholic or not.

“Our current generation of college students care about the world and are committed to projects of justice,” Daffron said. “The Jesuit project of education that is justice centered is attractive to a generation of young people who want to do good to the world.”

The Jesuit values engraved in the walkway outside of the Monroe library may serve as a literal foundation for the school, but the culture of the university’s religious identity runs deeper than Catholicism, according to The Rev. Justin Daffron, S.J..

“(A) distinctive part of Loyola, we do have students that have strong passions that are grounded in their individual perspectives and their backgrounds,” Daffron said.

Madison Spinner, mass communication sophomore, said she hasn’t claimed to be religious in four years, and was drawn to Loyola for its academics, not it’s Catholicism. But while Spinner said she had been turned off by organized religion in the past, she has never felt pressured into aligning with the Catholic identity of the university despite her preconceived notion that the religion was inherently restrictive.

“I have never personally experienced first hand Catholicism,” Spinner said. “When I looked into the Jesuit’s I realized they were just so not like what I expected Catholics to be like.”

Spinner said that while she doesn’t practice anything religiously, she tries to be guided by her spiritual values.

Spiritual development in all students is a primary goal of the university, Daffron said.

“Meaning and purpose will come in different ways for different people, clearly it’s not a one size fits all that we’re trying to take,” Daffron said. “When someone walks across the stage they feel more spiritually grounded, and a clearer sense of how they are going to live their values to the world.”

Madeline Ringwald, music therapy senior, is a born and raised Methodist. She’s a student leader for Loyola’s Christian Learning Communities, an Ignacio Volunteer, and has dabbled in Baptist Collegiate Ministry.

But, it’s the opportunity to interact with students of various faiths and religions through the Awakening retreat that Ringwald said has aided her in her own faith journey, exposing her to other perspectives of worship.

“Awakening, I think, is a good opportunity for anybody who is in any aspect or walk or journey of whatever their faith or spirituality life is like,” Ringwald said. “(Awakening) is a good middle ground for students to come as you are and figure out what works best for you.”

Although the semesterly retreat draws inspiration from Jesuit Catholic values, Ringwald said it’s made up of students of all faiths and non-religious backgrounds. On the overnight retreat, students discuss individualizing prayer as well as broad topics pertaining to spirituality.

The melding of students that Awakening strvies for is one of its strengths, according to Daffron.

“You have students that might be the most passionate about religion on campus, and be most involved in masses and Catholic liturgical life, right alongside a student that is one who professes no religiosity and is not necessarily interested in that,” Daffron said.

For Ringwald what is truly significant about Awakening is the spirituality it’s partakers bring back to campus each semester.

“I think there are a lot of kids who grew up Catholic who come here and are burnt out,” Ringwald said. “This is a good opportunity to refresh… and figure themselves out as their own person.”

Cameron Vidrine was one such burnt out Catholic student.

Vidrine, finance and accounting freshman, grew up in a strong Catholic household but did not come to Loyola for its religiosity. Before attending Loyola, Vidrine said he had been “confined” in his way of thinking.

It was during a “Varieties of Hinduism” class, which Vidrine said he initially struggled to understand, that he began to feel he was going beyond his upbringing and exploring new perspectives in religion, while also reassessing his ideas of Catholicism.

“It has challenged the ways in which I was raised, in terms of my religion,” Vidrine said. “It has shown me a different perspective of religion that I hadn’t seen before.”

Through the class, Vidrine visited a Hindu temple, an experience he described as something he would remember for the rest of his life. Exploring other religions has encouraged Vidrine to find God in all things in his life, a sentiment Ringwald shared as well.

“I think finding what it is that you are infatuated with, that you can’t stop thinking about, you just have a burning passion for,” Vidrine said. “Whatever it is, that is what you should pursue and find God through that thing directly. That’s what I’m doing right now.”

While Ayyad said he feels the university has allowed him to grow and learn spiritually, he feels there are gaps when it comes to addressing students of faiths outside of Catholicism.

The Army veteran said one of the key things he took away from his time deployed was the spiritual openness that came along with the military. He said that even though most of his fellow soldiers were Christian, faith based events were vague enough that they could be celebrated by soldiers of any faith.

“Spirituality in the Army was tied very well to one’s spiritual well being more than faith, in my experience,” Ayyad said. “I just wish it was more like that on campus.”

Ayyad acknowledged that there are prayer spaces for students to meet, as well as communities of Muslim students he feels welcome in on campus. However, he encouraged the university to continue its growth of resources for non-Catholic students to explore their spirituality.

Ayyad said that there is potential for more religiously diverse staffing within the Mission and Ministry office, although he acknowledged that it may seem counter intuitive to staff non-Catholics in a Catholic university’s mission office.

“Imagine if there was a Chaplain of an unaffiliated religion perhaps, or nondenominational Christian, or Muslim,” Ayyad said.

Ayyad’s concerns are felt by Daffron as well. While he said that he feels Loyola has the strongest sense of diversity and inclusivity of any Catholic institution he has been to, the gaps in religious support offered on campus for students of varying faiths is something Daffron feels necessary to address.

“Frequently we pay attention to the loudest voices or the voices that are most common, meaning we are at a Catholic school so the Catholic organizations (are heard),” Daffron said. “But there are also Muslim students here and we don’t have the proper spaces for Muslim students to easily express their prayers, their certain rituals… that from my perspective we need to honor and recognize.”

Daffron said the idea of students failing to find a spiritual home on campus concerns him and is something the university administration and students alike can listen to each other and learn from.

Despite the growth he sees potential for on campus, Ayyad said he does feel that his Loyola education has enriched his spirituality as a Muslim man.

“Walking across the stage I can definitely say that my relationship with God will be better,” Ayyad said. “To me, a Jesuit identity is more about being there for others. It’s about making the world your country and making your faith to do good.”