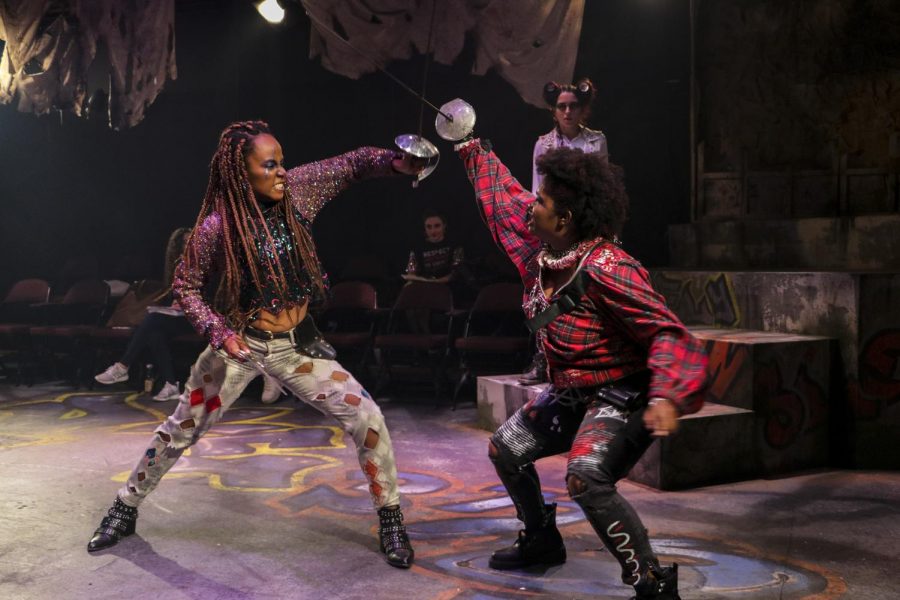 After debuting with an all-male cast in the sixteenth century and going through many reimaginings since then, Loyola’s Theatre Department will present its production of an all-female Romeo & Juliet beginning Nov. 8.

Mark Routhier, the director of the show, made this decision based on two key principles. First, a majority of the productions that Loyola has put on this year have male-heavy casts. By having an all-female production, more actresses are given an opportunity to perform this season. Second, he was looking to create a modern update on a five-century-old story.

“In the 21st Century, where we find ourselves, there are a lot of gender issues going on, we decided it would be fun to have an all female cast…turn the traditional Shakespeare troupe on its head,” Routhier said.

While many people might have been under the impression that the show was turning into an all-female cast of characters, it will really be actresses portraying the male roles just as an actor would. Romeo will still be Romeo, but he will be played by a woman.

Routhier’s goal as a director, as explained by him, is to get the women to embrace playing men. Nicole Miller, the show’s Romeo, expressed some early concerns.

However, she says gender has not been much of a focus. She has not had to “hyper-masculinize” herself.

“I’ve been more focused on playing the character truthfully,” Miller said. “And that goes for everyone.”

The actresses have been coached by Walking Dead actress Kerry Cahill, who has helped them perfect their roles.

Romeo and Juliet will still be using original text, but, as with many Shakespeare plays, it will be an abridged version of the text. The full text would run at about four hours, while Loyola’s performance will only be two hours. The setting, however, will be very different from the original text, taking place in a post-apocalyptic world. The set will be very minimal, but will reflect a destroyed city, while the costumes are what Miller describes as “trash-couture.”

She specifically mentions the costume for Lady Capulet as an example of this.

It will create a colorful juxtaposition between the traditional text and modern characters.