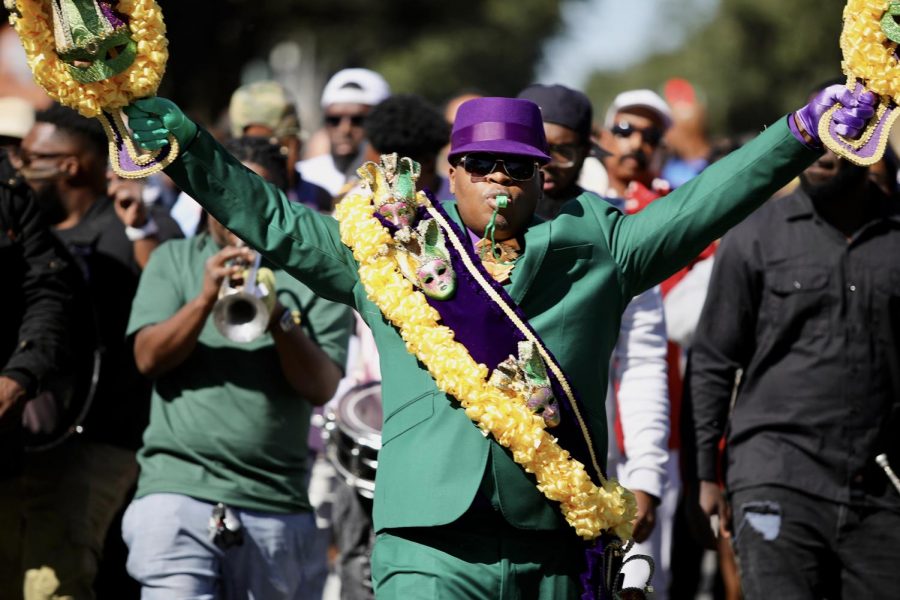 Hours before the We Are One second line, vendors were pushing their ice carts, cooks manned the grill, bounce music filled the air and everyone had on a comfortable pair of shoes.

The neighborhood crowded the heart of Central City, greeting each other with warm embraces and smiles that stretched entire faces. The entire blocked was lined with family members, friends, coworkers and event the occasional tourist came by.

It was a commotion of laughter, reflection and catching-up, but when the horns pierced the airwaves, everyone shouted, sang and danced.

The procession wrapped around the entire neighborhood, making sure the everyone hear their sound, from the apartments on St. Charles Ave to the cars in traffic on South Claiborne.

But if you missed out on the party, don’t worry. New Orleans is near the midway point on its second line season and there will be plenty of chances for you to march the streets of the city.