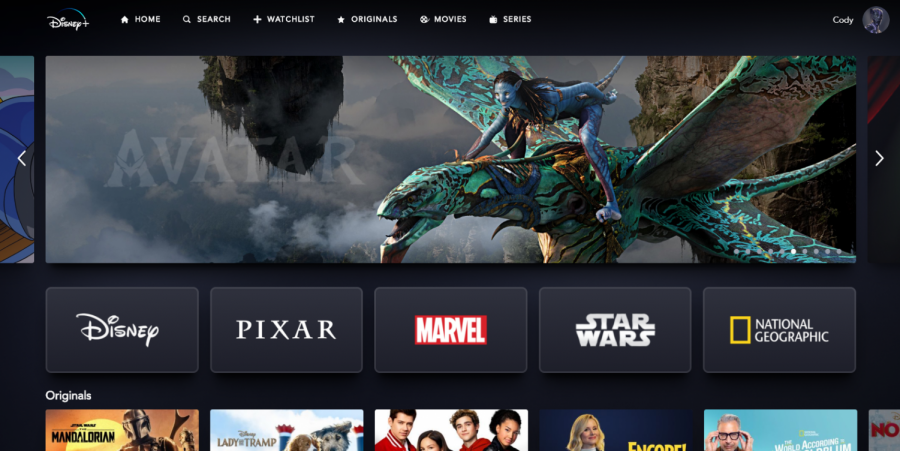 If the streaming service competition between companies such as Netflix and Hulu were an actual body of water, Disney+ would be the waterfall that leads into a way bigger river.

The new service stands out from its competitors with a combined sense of nostalgia and exclusivity. Unlike other services, Disney has years worth of content that will not leave the platform due to being the owners of it.

Disney+ will be the start of a new era of streaming services. However, it is time to answer many are wondering: Is there such a thing as too much Disney?

In a streaming service, the design and layout of the service is just as important as the content being shown. If a user can’t easily navigate the platform, they will not use it for long.

Disney+ partially follows a layout similar to Netflix. Both have their content separated into different categories with a select amount presented in each. This has been shown to be the best format for showing content and Disney+ falls into line well.

However, one difference that provides a minor inconvenience is the watchlist. The watchlist, or the graveyard of unwatched shows, typically tends to be on the home menu screen of any service. However, Disney+ has their watchlist relegated to a different screen after pressing the plus icon. This is not the biggest error but it takes away the convenience of getting to see what you want to watch as soon as you open the app.

The content on Disney+ is separated by the five different brands owned: Disney, Pixar, Marvel, Star Wars and National Geographic.

With each section, there is a different type of style and look to the content. Whether you want to watch a sci-fi adventure or a nature documentary, Disney+ has you covered.

However, the debate does come up of quality over quantity. Disney+ literally has everything from classic cartoons to Disney Channel Original series and movies. Even more than that, the service has many items more obscure to the average viewer. From the original “Parent Trap” to “The Computer Wore Tennis Shoes,” Disney put as much as they possibly could onto the service.

This provides many things to watch but, in all likelihood, many of the older Disney properties will go unwatched. None of this is to say that these old movies are bad. However, whenever a viewer has the option of watching “The Ghosts of Buxley Hall” or “The Incredibles”, we know which one is going to get picked.

One of the many draws of Disney+ has to be the new original content they are going to be putting out exclusively on the platform. From continuations of old series to spinoffs of the Marvel films, there will be viewers coming in exclusively for those.

With the selection of originals selected for the first days of the service, it shows that Disney is only providing a sliver of what they truly have to offer.

However, the higher profile the big originals are, the lower the other originals become. The major originals that viewers will be focusing on are “The Mandolarian,” “Lady and the Tramp” and “High School Musical: The Musical: The Series.” All of these have connections to established Disney series and are literally the first three originals that pop up on the opening screen.

The other originals, on the other hand, look like things that will be quickly forgotten. From “Encore!” to “The World According to Jeff Goldblum” to “Noelle,” it seems like these will more than likely fall to the wayside for most viewers of the platform.

With a company like Disney, it is hard not to be brought back to childhood memories. Many of us, no matter what decade we were born in, remember the joy we felt watching something made by Disney.

For college students, these moments will be relived through many of the Disney Channel Originals presented on the platform. It will be hard for many of us to decide on whether we are going to watch “Halloweentown” or dive back into “Even Stevens.”

Along with that, Disney+ hosts some of the Disney movies that don’t get as much love in the 2010s. How many of us are going to watch “The Game Plan” or “The Pacifier” even though we’ve seen it a million times?

Disney+ is definitely not the perfect streaming service. Though you will find hours of childhood nostalgia, the pixie dust may eventually wear off when you are finished. Not every movie or show will be a hit or necessarily meant for you.

However, reliving those moments of child-like wonder and amusement for even a few moments will come from watching the things you used to love the most.