SPOILER Review: ‘The Rise of Skywalker’ is a fine but rushed conclusion 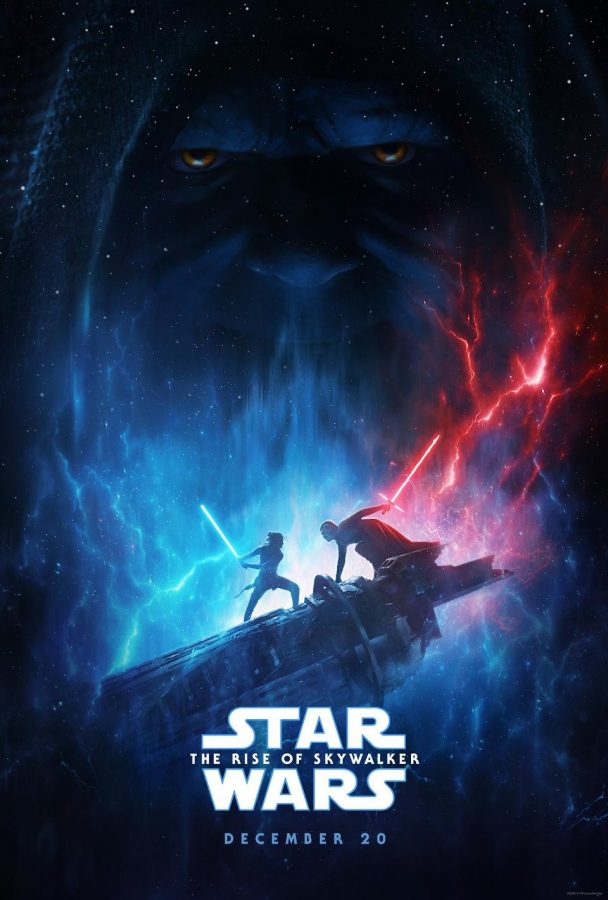 Editor’s Note: This review contains SPOILERS for “The Rise of Skywalker”

Disney first bought Lucasfilm from famed visionary George Lucas in 2012, and with it, the acclaimed Star Wars franchise. The purchase added another weapon to Disney’s entertainment arsenal following the buyout of Marvel four years earlier. With complete control of arguably the largest franchise on earth, Disney firmly grabbed the title of the world’s largest entertainment empire.

Since Lucasfilm was now in the hands of an eager company, Disney took fans back to a galaxy far far away. Since 2012, there has been a boom of new Star Wars content, most notably the continuation of the episodic adventure beginning after “Return of the Jedi” (originally released in 1983) in the likes of “The Force Awakens,” “The Last Jedi” and now “The Rise of Skywalker.”

“The Rise of Skywalker” has been billed as “the end of the Skywalker saga,” a saga that first began in 1977 and has lasted for over 40 years. Disney has set itself up against the largest odds I could think of, considering they are dealing with what feels like everyone’s collective childhood. These characters are iconic. Everyone wanted to be Luke Skywalker as a kid, swing a lightsaber and live in the coolest galaxy meeting the coolest heroes, villains and scoundrels. Even people who aren’t Star Wars fans still instinctively know what a lightsaber sounds like and can recognize Princess Leia’s hair from a mile away.

So ending not just this new trilogy but the practically mythological story of good versus evil as told through the rise and fall of Anakin and the ramifications from it is a pretty big task and the execution is, well, um — I don’t really know quite yet.

Before I get into “The Rise of Skywalker,” I feel like I need to address the elephant in the room, “The Last Jedi” (a movie I was pretty okay with). “The Last Jedi” undeniably caused a rift within the Star Wars fandom with a lot of people loving it and just as many hating it. The people who disliked “The Last Jedi” believe that it went against the established lore, mostly regarding Luke’s complete 180 degree turn from perfect hero to reluctant, beaten down hermit. Other criticisms of “The Last Jedi” included the seemingly pointless Canto Bight scenes and disregard for plot points “The Force Awakens” introduced.

J.J. Abrams spends the two and a half hour runtime of “The Rise of Skywalker” correcting the Skywalker Saga while also trying to conclude it, leaving this final installment feeling rushed.

This sense of rushed pace is evident from the get-go. Immediately during the iconic opening text crawl with the Star Wars theme blaring, the text crawl reveals that both the First Order and the Resistance intercepted a transmission from Palpatine, played by Ian McDiarmid, saying that he has returned. The return of Palpatine in “The Rise of Skywalker” is no secret, but J.J. Abrams just throws this huge plot point right at you in the very beginning — not in a dramatic scene or revelation — but in a sentence, which feels like it comes out of left field considering where the first sequel movies brought fans.

Right after the opening crawl, you see Kylo Ren, played by Adam Driver, searching for the clue that reveals where Palpatine is hiding. He then flies to the planet to confront Palpatine because he sees him as competition in his quest to rule the galaxy. The planet where Palpatine is hiding is called Exogol, a hidden ancient sith planet that looks very dark and foreboding with lightning flashing everywhere. The scene in which Kylo confronts Palpatine is easily the creepiest scene in Star Wars and the closest thing to a horror movie Star Wars has gotten. We see Palpatine hooked up to a device keeping him alive. His eyes are completely white, and he is missing fingers and looking very damaged. Palpatine then reveals to Kylo that he has been pulling the strings behind the First Order the whole time. Palpatine created Snoke and was Vader’s voice inside Kylo’s head the whole time.

This whole opening scene answers a lot of questions fans have had since “The Force Awakens,” but the audience is bombarded with all of this important exposition in less than five minutes at the beginning of the film. This is probably the largest problem I had watching “The Rise of Skywalker.” The movie throws a lot of information and exposition at you, and just when you think you’re starting to get a grasp of things, “The Rise of Skywalker” throws even more at you.

No scene in “The Rise of Skywalker” captures this sentiment better than when it is revealed who Rey’s family really is. Rey ends up on Kylo’s Star Destroyer where he reveals to Rey that she is Palpatine’s granddaughter. For me, this plot twist is fine, but the way it is executed is very jarring. Kylo just says it, and the audience is caught unprepared. I’m unsure if the way it was revealed was the proper way of doing it; it was very sudden and delivered with little emotion or gravitas.

Most of the movie focuses on Rey, Poe Dameron, played by Oscar Issac; Finn, played by John Boyega; C-3P0, played by Anthony Daniels; and Chewbacca, played by Joonas Suotamo, all who deliver their best performances of this trilogy. Like Kylo Ren, Rey and company set off to try and find a device that will locate Palpatine. Their journey takes them to a couple locations as they try to piece together the parts to find Palpatine all while constantly running into Kylo and the First Order. They first go to a sand planet where they come across Lando, played by Billy Dee Williams, another planet where they come across Poe’s old friend, Zori Bliss, played by Keri Russell and another planet where the wreckage of the Death Star lies.

The constant jumping from planet to planet only plays into the rushed pace of the movie. While each adventure to each planet tries to do something unique, they all sort of just come across as generic Star Wars adventures.

One really well done scene did occur on the wreckage of the Death Star when both Rey and Kylo engage in the best lightsaber battle in this trilogy. Kylo gains the upper hand but stops when he senses his mother Leia dying. Rey then stabs him, which would have killed him but she uses a new ability, force heal, to heal him. Rey then flees and when Kylo is left alone, he receives a vision from his dad, Han Solo, played by Harrison Ford. Kylo then turns away from the dark side in a rather emotional scene.

In the final act of the movie, Rey confronts Palpatine. A battle ensues in the skies above his fortress with the best special effects I’ve seen in a Star Wars movie. Rey and Kylo are both beaten handedly by Palpatine but before all hope is lost, Rey reaches out into the force and calls for all the Jedi to give her strength. We hear the voices of Obi-Wan, Anakin, Yoda and many others giving their strength to Rey. This scene made me smile simply because it was a nostalgia trip that rewarded me for my many long years of being a Star Wars fan. I liken this scene to when all the heroes come through the portals in “Avengers: Endgame.” Rey, with the power of all the Jedi, defeats Palpatine but dies in the process. Kylo then transfers his life force into her so that she may live but Kylo then dies.

There is so much that happens in “The Rise of Skywalker.” It feels like this movie should have been split into two separate movies with how much J.J. Abrams tried to cover. Most plot points did land for me, but they happened so fast that I’m still trying to process everything that happened.

One thing that didn’t land for me, however, was the use of Leia, played by Carrie Fisher. Since Fisher died before filming began, J.J. Abrams was left to use unused shots from “The Force Awakens.” The scenes are not bad, but they stick out like a sore thumb simply because they are overly generic and Abrams ditches the character as soon as he gets the chance to.