Vikings pull off the upset against Saints 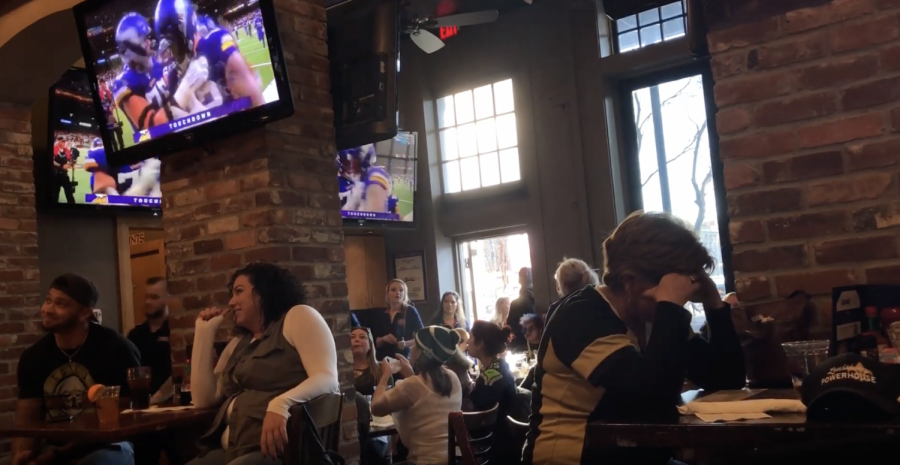 Saints fans upset after game in Walk On's Bistreaux and Bar on January 5. The Saints lost to the Vikings 26-20 in overtime.

After enduring two consecutive heartbreaking endings in the playoffs, the New Orleans Saints suffered another defeat to the Minnesota Vikings, 26-20 in overtime in the wild.

The Vikings won the coin toss in overtime and marched down the field into the red zone setting up a two yard pass from Kirk Cousins to tight end Kyle Rudolph, punching their ticket to face the San Francisco 49ers in the second round and fans at Walk On’s Bistreaux and Bar were left shocked.

“Oh, this is awesome. This is too many things that I probably can’t say,” said Vikings fan Ahmid Bilal, “They showed a lot of Kirk Cousins stepping up, being a great quarterback. He made good plays. He’s been horrible in Monday night games but he won his first playoff game. I’m very optimistic about the rest of the season.”

Going into the game, most NFL fans expected the Saints to win rather easily and all signs pointed toward a win as the Saints defense forced and recovered a fumble on the first drive of the game and went up 10-3 through early in the second quarter. Throughout the game, however, the Vikings rallied back to grab a 20-10 lead and the defense held a tight grip on the Saints historically dynamic offense.

“I think the Saints should have come out on top,” said Jacob Ganouz,” They have a little niche against the vikings and they can’t seem to get past it.”

Drew Brees played an uncharacteristically messy game with only 208 yards, one interception and a fumble and Michael Thomas had a quiet game with 70 yards on seven receptions which ended his six home game streak of at least 10 receptions.

With their third-straight playoff loss, fans now look to see how the Saints will try to improve for next season. One big question mark for the team, however, is the status of Drew Brees and his free agency but some members of the Who Dat Nation are remaining optimistic about the future.

“We’ll be Saints fan forever,” said Brandi Lopez, “We love you. Stay strong, next we got this.”