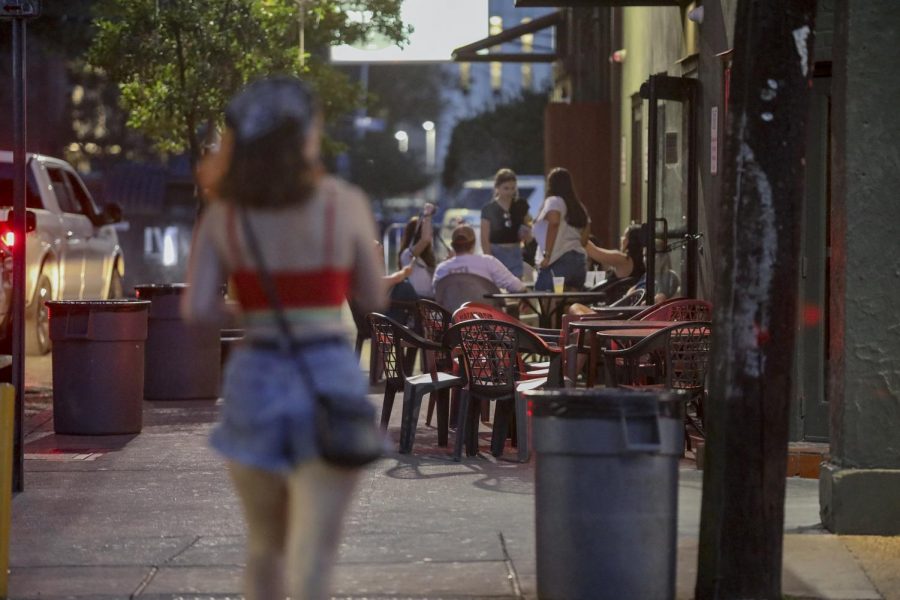 A woman walks by The Boot Bar and Grill while people mill around outside on Sept. 10. Tulane University Police said a shot was fired early in the morning of Jan. 12. Photo credit: Andres Fuentes

A shot was fired near The Boot Bar and Grill early Sunday morning around 2 a.m., according to an email sent to Tulane students by the Tulane University Police Department on Sunday afternoon.

When TUPD responded to the scene, the subject disappeared onto Audubon street and his or her location has been unknown ever since.

Officers confirmed that there are no injuries as a result of the altercation, however the investigation is ongoing.

The altercation happened only two days after the homicide of a 20-year-old male near Bruno’s tavern, another popular bar for Loyola and Tulane students.

Neither The Boot nor NOPD could be reached for comment. Loyola University Police Department said they did not receive any calls or respond to the situation.

We will update as more information becomes available.