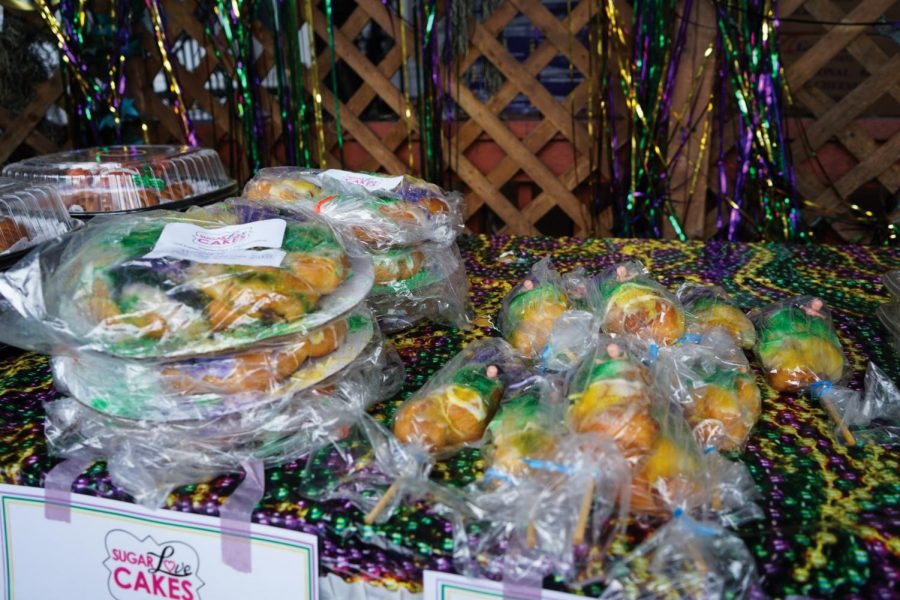 With forty six days left until Mardi Gras and King Cake Hub now having 50 varieties, it seems only natural to ask natural to ask the owner, Will Samuels, what’s his favorite kind.

Formerly a Lakeview pizza restaurant owner, Will Samuels seasonally runs King Cake Hub from 4800 Canal St, which is also home to the Mortuary during the Halloween season.

“We had Pizza Nola, which was open for about seven and a half years, and we were working with a particular bakery. When we closed the restaurant, we were looking for our next step,” Samuels said.

It started from an idea from Gambino’s Bakery, who were interested in finding a new way of selling their king cakes over Mardi Gras. Samuels thought of having a single location to buy every kind of variety. Gambino’s was willing to provide him with stock. Eventually, Samuels recruited more and more partners throughout the city, such as Hi-Do Bakery, Cannata’s Bakery, and Bywater Bakery, with them sending over king cakes to be sold. The venture is now in its second seasonal year, even being able to sell vegan king cakes from Girls Gone Vegan.

For Samuels, business has been good.

Being set up in and around the Mortuary at first might seem a bit of an odd choice, but Samuels has a reason.

“It’s an iconic landmark in the heart of the city, and it’s so centrally located, so you can come in from anywhere around and get to the spot,” Samuels said.

Luz Mozook, heard about King Cake Hub, and she wanted to see what it was about.

“I wanted to get my king cake for the guys at the office, and this is my first Mardi Gras,” Mozook said.

Mozook hoped that going to get a king cake would be a good start to her first Mardi Gras experience.

I feel like it’s going to be a time where the city comes alive, and I’m really happy to be here,” Mozook said.

As for Samuels, while he did not choose a favorite king cake, he did recommend his newest arrivals.

“Our Epiphany is great; we have a couple of new flavors of Epiphany, with cream cheese and pralines, Dragonclaw, which Caluda’s is making for us. It’s a great, great cake,” Samuels said.