Australians in New Orleans feel support away from home 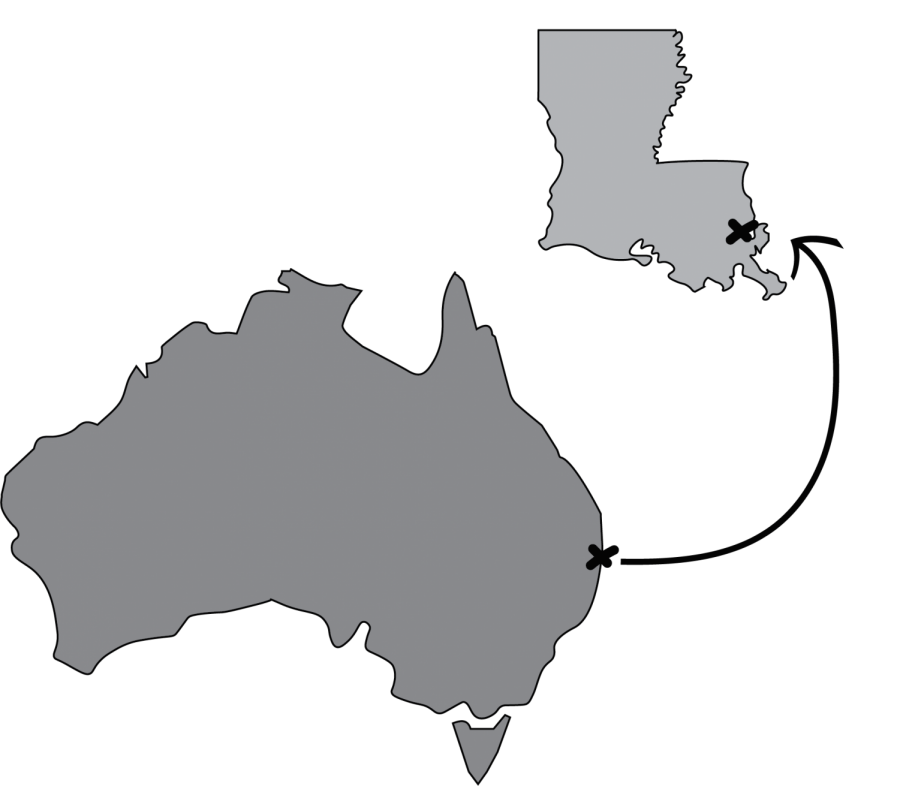 Like most students living away from home, Josh Leaney has learned to cope with homesickness. However, with Leaney’s home of Brisbane, Australia facing deadly wildfires, his homesickness has been taken to a whole other level.

“Being 24 hours away by plane is a big thing,” the physics junior said. “If it was closer, it wouldn’t be as bad.”

Across the east coast of Australia, wildfires have destroyed millions of acres of land and have caused thousands of residents to evacuate, according to AP News.

Reece Vincent, an environmental scientist from Nana Glen, Australia, said that fires are a natural part of Australia’s ecosystem. In the winter, a process called “back burning” is done to burn undergrowth and prevent it from being fuel for fire during the summer, he said.

“You might get one outbreak of bushfire that is not contained each season. It’s hard to contain, but for the most part, it’s definitely not like this,” Vincent said. “It’s so dry at the moment that everything is like a tinderbox.”

Australia relies on volunteer firefighters to put out the flames and, according to AP News 72,000 of them have been working to put out the fire. One man who understands the challenges of fighting these fires is New Orleans Cold Storage worker, Matt Lishman.

Prior to moving to New Orleans, Lishman was a volunteer firefighter in Melbourne, Australia. Though Lishman never handled bushfires, he said the training for fighting them was very intense.

“You think ‘oh, you’re just a volunteer,’ but you still have to know how to get out of situations and how to protect people’s property,” Lishman said. “That’s the reason you are actually doing it.”

Due to the nature of these fires, many Australians living in New Orleans have to worry about the welfare of their families and home country.

For the most part, Leaney’s immediate family has been spared from these fires. However, his extended family has been living under the threat of property loss and deadly toxins in the air.

“My grandparents are stuck inside, at the moment, because the fumes are so bad from the fires that they are not allowed to leave,” Leaney said.

Despite living in a rural area, Vincent’s family has been protected by a natural firebreak that stops the fire from reaching them. Likewise, Lishman’s family has been safe from the fires, but they were affected by the fumes in the air.

While these men live thousands of miles away from their homes, they said they have been shown genuine concern from the people of New Orleans.

For Lishman, the response from complete strangers, he said, has made him feel relieved, some even offering to pay to fly his family out.

“Every time someone obviously hears the accent, the first thing they say is ‘how is everyone back home’ even if I just met them,” he said.

Leaney said though the fires in Australia haven’t affected many on campus, he can tell people really care about the wellbeing of his country.

“I’ve been approached by a lot of people asking me if my family is okay,” he said. “There is a lot of care and compassion that comes with being on campus and people knowing me.”

Despite all the support they have received both locally and abroad, the men all said they have felt a sense of helplessness throughout this situation.

Vincent said this feeling of helplessness would apply if he was in New Orleans or Australia.

“Even if you are there at this stage, there is not a great deal you can do anyways,” Vincent said.

Lishman said he feels helpless, especially as someone trained to fight fires, but is too far away to do anything.

“I’d be lying if I said I haven’t been wanting to get on a plane and go back and just try to help my country,” he said.