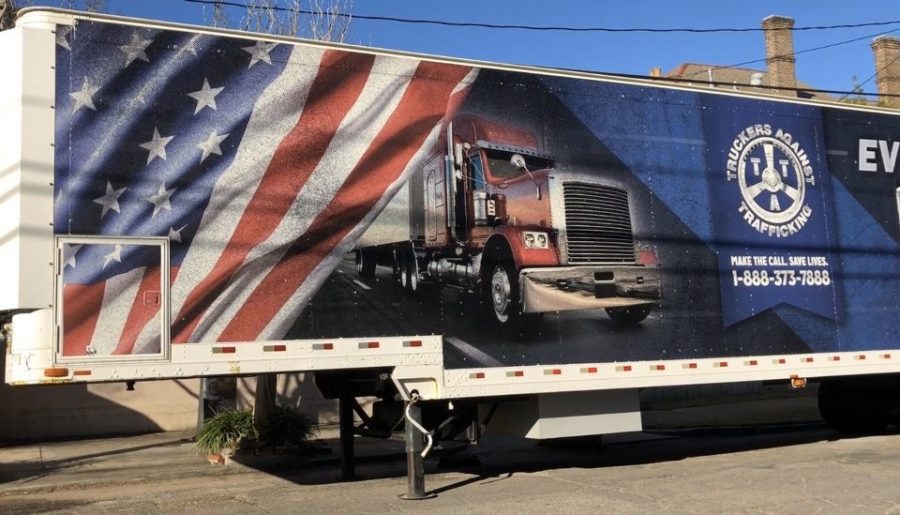 Freedom Drivers Project truck on Jan. 21. Truckers Against Trafficking educate truckers and the public on the dangers of human trafficking.

Christine Vinson, the president of the Junior League of New Orleans, has felt strongly about human trafficking for a while. In May 2019, after meeting Truckers Against Trafficking, Vinson had a plan for how her Junior League could make an impact in New Orleans.

“We’re not necessarily trying to reinvent the wheel, but more or less trying to bring awareness and education to the topic,” said Vinson.

“We educate, equip, empower and mobilize members of the trucking industry to notice signs of sex trafficking and fight it as part of their everyday job,” said Susan Dold, systems administrator for Truckers Against Trafficking.

“I hope that the takeaway is that people see it as a real issue and a real problem not just in our community but in our nation and also globally,” said Vinson.

Even though the Freedom Drivers Project will come and go from New Orleans, Dold hopes that people remain inspired to do whatever they can in the fight against human trafficking.