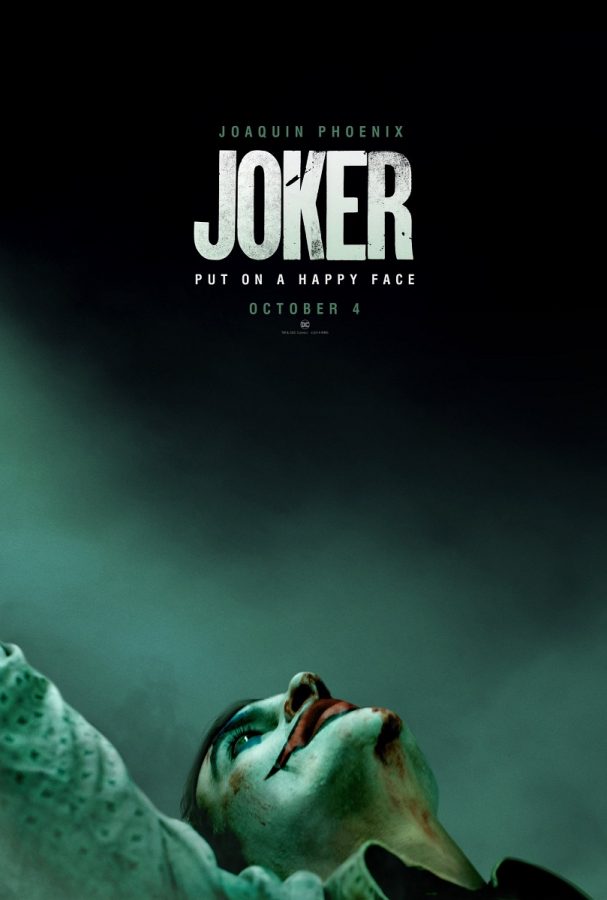 All the way back in November, The Maroon reviewed “Joker” and gave it a six out of 10. At the time of that review, I hadn’t seen “Joker” yet. Now that I have seen it, I would like to give my evaluation.

“Joker” follows the story of wannabe comedian and party clown Arthur Fleck, played by Joaquin Phoenix. Fleck lives with his mentally deteriorating mother Penny, played by Frances Conroy, and he suffers from a disorder that causes him to laugh uncontrollably.

Fleck is constantly abused by the world around him — from his employer to a random group of teenagers. However, he eventually has enough of it and kills three drunk businessmen in self defense on the subway. This leads to a series of events that led him to become an unintentional icon for the poor of Gotham.

The film really hits its mark though when Fleck is given the opportunity to be a guest on his favorite talk show hosted by Murray Franklin, played by Robert De Niro. The guest spot allows him to take on the world in a way he hasn’t before with a newfound confidence in himself. Fleck gets to tell off Franklin for making fun of him on his show, admits to the murder of the three men on the subway, and kills Franklin in one of the most iconic scenes of the film. The chain of events lead to not only the birth of the Joker but also that of his eventual adversary Batman.

“Joker” is a film that in many ways finds a way to please both fans of comic books and viewers who aren’t familiar with the characters. Though it technically qualifies as a comic book film; this film very easily fits into the genre of being a drama. There are numerous references to aspects of the comic book such as the inclusion of Thomas Wayne, Batman’s father, played by Brett Cullen. However, this doesn’t alienate unfamiliar viewers as the characters are presented in a fairly neutral way that only serves as a bonus to fans of the comics.

The performances in the film have to be the greatest part of the film. Joaquin Phoenix has proven before he was a great actor, but “Joker” solidifies his position as one of the greatest actors of the last couple of years. Despite the many questionable and immoral things Fleck does, Phoenix’s performance makes us want to side with him and see him succeed.

For the most part, there is no real bad performance in the film. Even the supporting characters serve a purpose in the film. However, one of the best performances from the film has to be from Dante Pereira-Olson, who plays a young Bruce Wayne. Near the halfway point of the film, Fleck discovers that Thomas Wayne, the former employer of his mother, may be his father. “Joker” tries to leave it ambiguous as to whether this fact is true or not but it the film builds a compelling case for that being true thanks to Pereira-Olson’s performance.

Bruce Wayne, in this film, only takes up about less than five minutes of this film with only a couple of lines. However, the young actor uses what little time he has masterfully. When Bruce interacts with Fleck, he is continually in a state of frowning. This works against the way the viewer has seen Fleck, someone who is literally forced into laughter. The two of them are also wearing very similar outfits to suggest that they themselves are similar. In a way, this shows how their different upbringings affected them as individuals who will eventually be pitted against one another.

One of the many things that “Joker” does well is the use of dream sequences. As the case with other films that use dream sequences, it helps confuse the viewer. With this film, it is never done in a way to where it is a complete surprise. There are always subtle hints provided, so that it rewards attentive viewers and makes others question what is real and what isn’t.

Another fantastic aspect of the film is how the length of the film isn’t drawn out. From “Avengers: Endgame” to “The Irishman,” 2019 seemed to be the year of three hour films. “Joker” felt like it could’ve easily been one of those films but had a solid runtime of two hours. Though some scenes could drag on a bit, the film never wasted too much time and made every scene feel like it mattered in some way.

If I had to find some area to complain, I would have to say the film not connecting with the other DC films is very disappointing. Though the current state of DC films is lackluster, with the exception of “Wonder Woman” and “Aquaman,” “Joker” feels like the revamp the series could use. It has the dark tone that previous films tried to obtain and allows for more nuanced performances than previously shown.

Obviously, this is no actual fault of the film, but it feels like a waste not to find a way to include Phoenix’s character into the regular series.

I cannot recommend “Joker” enough. No matter how into superheroes and comic books you are, this film will grab your attention and hold it. Any amount of awards this film wins will be definitely deserved. Even if you were skeptical upon hearing about this film, don’t let that stop you from experiencing one of the best films of the 2010s.