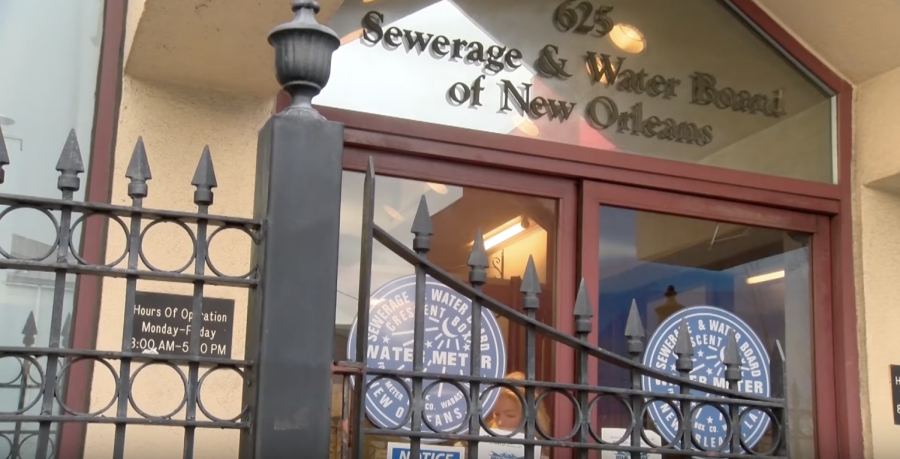 Office of the New Orleans Sewage and Water Board. Many New Orleans residents have dealt with high water bills.

Mark Heller, an Uptown resident, noticed what he said had to be a mistake in one of his sewerage and water bills several months ago. What was usually a bill charging Heller around $100 was now a bill for $697 for a single month of sewerage and water usage. There was no explanation.

“I would expect there to be a small flood somewhere in my yard with a bill that size, but we don’t see any leaks anywhere,” he said.

Heller is not alone in his frustration. Many other residents experienced the same issue with their monthly bills. Once a bad bill is received, homeowners are able to challenge the Sewerage and Water Board.

“Sometimes you have to be very firm that you want that investigation in case they try to discourage you,” Corinne Morrison, a lawyer, said. “Once the investigation is over with, if you’re not in agreement with that, you can ask for a hearing.”

Morrison owns eight different properties and said she had similar issues with high bills for at least half of them. She believes the water meters are outdated, and often incorrectly read the water usage of the properties.

As a lawyer, Morrison has an advantage that other citizens don’t when it comes to taking on the Sewerage and Water Board in court Most of those property owners fighting the board go into the hearing unprepared and not knowing what to expect.

Councilman Joe Giarrusso has been trying to work with the Sewerage and Water Board to get the high bill issue resolved since his election in 2017, when it was becoming a larger problem.

“This billing issue has been a chronic problem for as long as I can remember,” he said. “We’ve tried to talk to each other about it.”

Giarrusso, as well as several customers, said that there is a delay from the Sewerage and Water Board when responding to high water bill issues. Morrison said that it could be due to the extent of the problem.

“I don’t even know what the magnitude of it is,” Morrison said. “My piece is such a little microcosm of all the properties and all the bills in the city.”

Giarrusso has suggested a plan to the board to try and resolve the issue, but the Sewerage and Water Board has yet to give the city an answer in the form of a well-thought-out plan to keep the high bills from reappearing, according to Giarrusso.

When contacted, the Sewerage and Water Board sent a statement saying that it has made a number of improvements over the past year that are in an attempt to decrease the inaccurate charges, including a higher quality meter reading process.

Additionally, the board stated that they are working with its customers to resolve the issues.

“Sewerage & Water Board meter readers make every effort to read every single water meter and ensure all readings accurately reflect each customers’ water usage,” the statement read. “ We are committed to working with any and every customer who believes they have received an inaccurate bill.”

However, there is still no plan in place to fix the inaccurate reading of the meters and to solve the overall billing issue, according to Giarrusso. Customers like Heller and Morrison are still waiting for a timely resolution and wishing the board would be more responsive when it comes to the billing issues.

“It’s going to take people continuing to speak up and be frustrated with this problem and continue to have it magnified before it can finally get solved,” Giarrusso said.