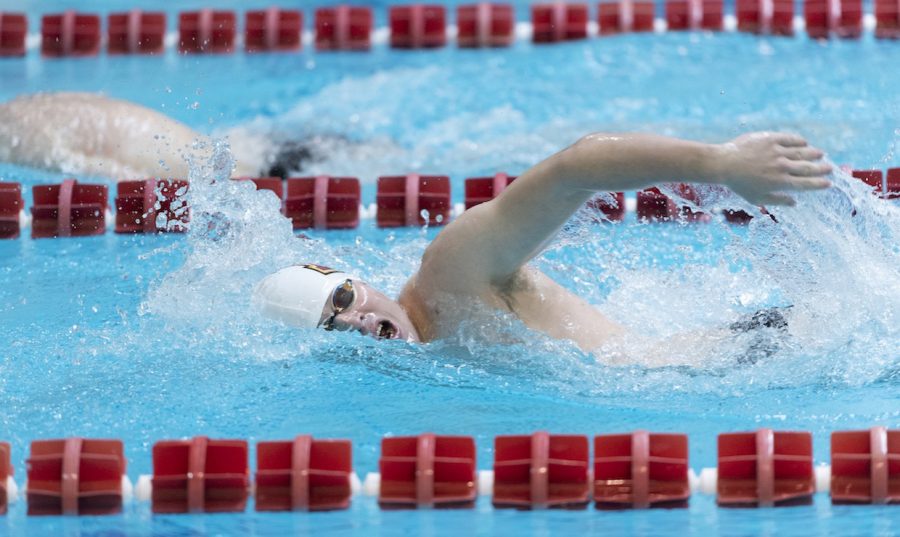 Sophomore Jack Johnson swims during an NAIA competition. The swim team's next contest is Feb. 6-8. Courtesy of loyolawolfpack.com.

Each team finished third at the competition last season before the Wolf Pack swim teams took 5th and 6th place at the National Alliance of Intercollegiate Athletics National Championship a month later.

The men’s team is ranked 4th in the nation in the latest NAIA poll while the women’s team ranks 7th.

“Success always goes back to the swimmers- the amount of hard work, the amount of trust they put in the program and the support they give one another,” said Swimming Head Coach Thomas Natal. “We’ve been really lucky to have a great group of upperclassmen.”

One such upperclassmen is Men’s Swimming Team Captain John Tarpey.

“The core group of people who started out here could’ve gone other places- myself included. All of us decided we wanted to build something, and to see that success now is really exciting,” Tarpey said.

Coming off a successful regular season, the Wolf Pack swimmers are moving into the conference tournament with confidence, according to Tarpey.