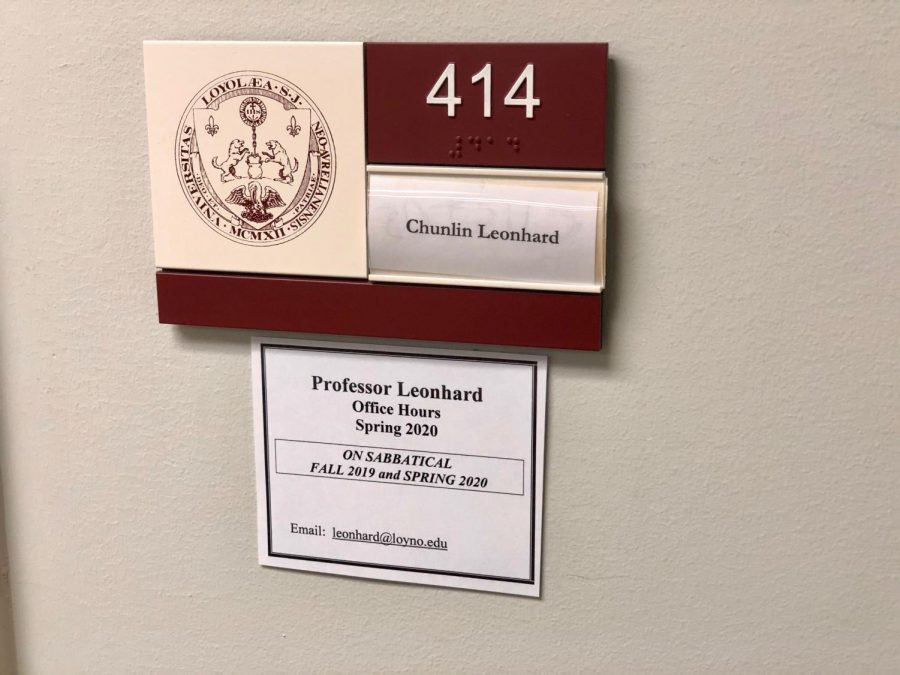 Loyola Law Professor Chunlin Leohard's office sits empty on Feb. 7 while the professor remains in coronavirus quarantine in California after evacuating Wuhan, China. Leonhard does not have any symptoms of coronavirus, according to media outlets, but is under federally mandated quarantine for two weeks.

Hundreds of Americans have evacuated out of Wuhan, China to escape the growing coronavirus outbreak. One of those evacuees is Chunlin Leonhard, a professor at Loyola University New Orleans College of Law.

Leonhard landed back in the United States on Thursday but remains under a two-week federally mandated quarantine at Travis Air Force Base in Fairfield, California, more than 53 miles away from San Francisco, according to a campus-wide email from President Tania Tetlow.

Leonhard showed no signs of the coronavirus but the media outlets said she is with other passengers at a hotel on the air base. They are not allowed to leave the grounds or have other visitors.

Leonhard had been in Beijing since September, after winning a Fulbright scholarship. As the outbreak continued to grow, the Fulbright program suspended operations in China on Jan. 31. All scholars were ordered to leave China or have their funding cancelled.

“Law school faculty and staff have been in constant contact with Professor Leonhard as she waits to be cleared for travel. We are all grateful for the love and support of our close-knit community. And we are especially proud of Professor Leonhard, who remains cheerful and continues her scholarship and research of ancient Chinese commercial law, even while in quarantine,” President Tania Tetlow said in a statement to the campus.

As of right now, there are 12 confirmed cases of the coronavirus in the United States. Worldwide, more than 28,000 people have the virus and more than 600 have been killed, almost all of which in mainland China.