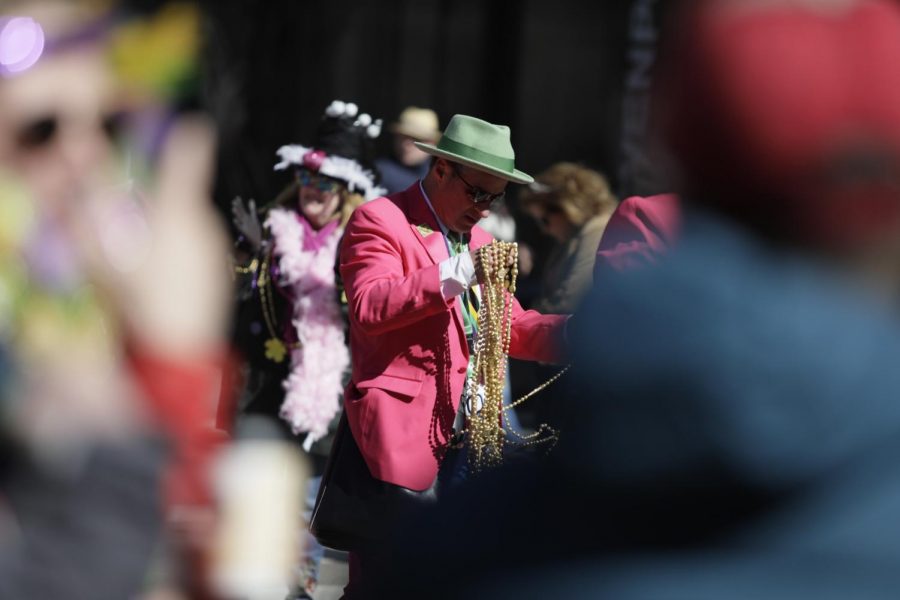 A man prepares to throw beads during a Mardi Gras parade. Many people are worried this Mardi Gras due to coronavirus.

Across the metro area, krewes prepare to entertain crowds of people jammed packed on city blocks, throwing them beads and accessories made in China.

The hoards of locals mixing with tourists and the items made in the country dealing with a viral outbreak has people nervous about the carnival season.

Twitter users flocked to social media to voice their concerns, starting some hysteria along the way.

This Twitter user wrote about this years parades, saying,“I’m not too keen on being around a bunch of tourists and taking the risk that they may have the Coronavirus. Thanks but no thanks.”

I think maybe I should skip going to New Orleans this weekend for Mardi Gras parade fun… I’m not too keen on being around a bunch of tourists and taking the risk that they may have the Coronavirus. Thanks but no thanks.😷 pic.twitter.com/QSvf5h8JQt

Another Twitter user wrote that he’s concerned about catching the virus with a visit to New Orleans, saying,  “Lowkey worried (I’m going to) catch the coronavirus on the plane or at a bar.”

I want to go to Mardi Gras this year but lowkey worried imma catch the coronavirus on the plane or at a bar because I always catch something after I travel into central time zone… #DirtySouth pic.twitter.com/Nxh6wAkdnM

She said, “With the coronavirus, I’d be very surprised if the people would contract it here.”

She says the Centers for Disease Control and other federal agencies have been using aggressive efforts to slow the virus’ spread across the country. Right now, the amount of cases in the U.S. are 13 with none reported in Louisiana.

“I don’t consider the coronavirus a threat to New Orleans at all,” Chiasson said.

Instead, she claims the flu is something locals and visitors should be more concerned about. She said, “That’s far more likely than getting infected with the coronavirus in New Orleans for Mardi Gras. The flu kills about half a million people globally every year.”

The flu should also be more of a concern this year, considering the state’s trouble containing it in the later part of 2019.

She said, “We don’t really worry so much about the flu because we know it.”

That’s not something she can say about the latest strain of the coronavirus. Chaisson said, “We don’t quite understand yet how quickly it spreads, how easily it spreads and what the totally fatality rates will be.”

Another Twitter user raises questions about the safety of carnival throws being imported from China but Chaisson says it shouldn’t be a concern.

Literally 😂 some woman posted that the coronavirus is in the Mardi Gras throws and i asked her where she got her info , and she blocked me

She said, “That sort of transmission is really low. (A virus) somehow has to get into your respiratory tract, so by touching your mouth or touching your nose, but that said it can survive sometime on inanimate objects.”