Editorial: The choice is yours, love 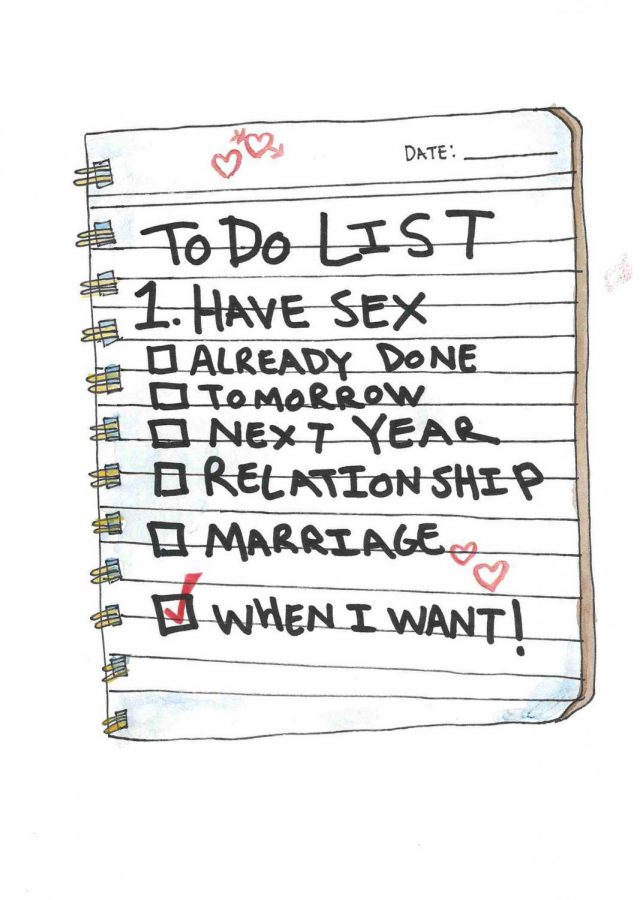 Happy Valentine’s Day. Love is in the air.

College is one of the most liberating times of our lives. Many of us have been granted an amazing opportunity to live with thousands of other smart, driven and beautiful people. All of a sudden, there are no parents and no curfews to worry about. Your roommate’s friend is in the sex club handing out condoms down the hall, and anonymous Twitter accounts are sharing confessional sexploits for all to read.

That freedom is something that should be celebrated. But with all that newfound freedom comes confusion.

We all carry our own preconceived notions about sex, whether you grew up in the Bible Belt or the liberal Midwest. Maybe you and your family never had “the talk” or maybe your parents were embarrassingly open about the topic.

The truth is there is no “right” way to think about sex.

Sex and hooking up mean different things to different people, and it’s up to you — only you — to decide what that is.

Maybe you like the idea of your first time being with someone you really care about and connect with. That’s awesome.

Or maybe you just think that girl by the bar is cute and want to see where the night takes you. Also, totally great.

However you choose to express your own sexual liberation, you should never let social stigmas put you down or make you feel ashamed of what you decide to do with your own body.

Sure, casual sex is often portrayed as something people regret. Even the language we use — “walk of shame” — to describe what happens after hooking up has a negative connotation.

There is nothing wrong with going to a bar, seeing that cute guy in your class and taking your shot — then doing the same thing at a different bar next week.

Casual sex, using dating apps and grinding at The Boot can all be fun, even empowering, for some of us and that’s okay.

But that’s not the case for everyone.

There can sometimes be what feels like an overwhelming pressure to participate in college hook-up culture. It seems like everyone is doing it. If you’re not, you may feel left behind and the need to “catch up” to your peers.

But here’s the thing: almost a third of college students never hook up at all. And the ones that do — according to sociologist Lisa Wade’s book, “American Hookup: The New Culture of Sex on Campus” — have only done it eight times in four years on average, or once a semester.

There is no “correct timeline” for when you should or should not be having sex, and rushing into it can sometimes cause more problems than it solves if you’re not ready. Nobody can tell you when you’re ready except you.

You’re only in college once, so however you want to spend that time here is totally up to you. And only you.

You don’t have to let peer pressure shape how you view yourself or your sex life.

Words on both sides of the spectrum have culturally negative connotations and are used to shame people about what they want and what they’ve done.

No matter what decision you make for yourself, you will never fit cultural expectations of what is “right.” So instead of trying to have the sex life society tells you to, have the one you want.

But the one thing you can’t do is allow those cultural pressures and stigmas to make you do things you don’t want, or keep you from doing things you do want.

No matter how much the gossip through the paper-thin brick walls of Biever Hall or the disapproving smirks of your peers can make you feel ashamed or excluded, just know that it’s nobody’s business but yours.