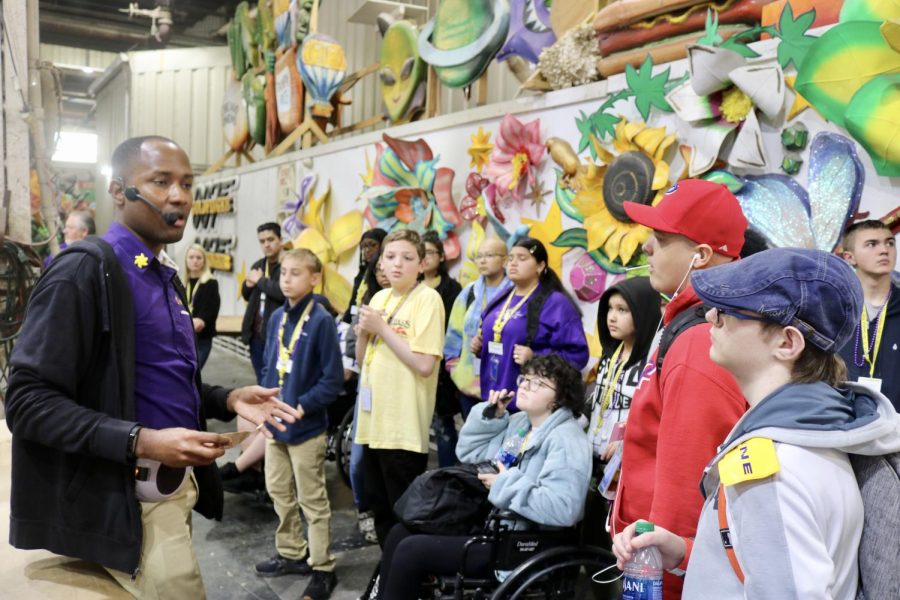 16 year old Truman Steeley always heard about New Orleans through stories and movies. The California native had dreams to explore what the city had to offer and the Sunshine Kids Foundation made that a reality.

Steeley joined a couple dozen other teens on the trip as a way to get out of the hospital and to focus less on their illnesses.

The group met each other for the first time on Feb. 10, and their special bond grew as they toured Mardi Gras World, ate New Orleans cuisine, took a swamp tour and other attractions in the city.

“We don’t feel alone,” he said. “We have someone to talk to about our problems that understand.”

The teens chosen for the New Orleans trip were all selected by their personal doctors from hospitals across the country and in Canada.

The non-profit’s goal is to have teens escape their difficult situations and live life like normal kids their age.

“They can feel isolated, especially if they’re having to stay in that hospital environment,” Jennifer Wisler, Director of Children Services, said. “(The trip) gives them an opportunity for them to break out into the sunshine.”

The trip was planned with the carnival season in mind.

Wisler said, “Mardi Gras has such a fun and exciting carnival spirit. We wanted to capture some of that for our young cancer patients.”

With an itinerary full of events, organizers hoped the teens have a chance to create life long bonds, something that New Orleans native Taylor Mangus is familiar with.

Mangus was a Sunshine patient herself, going on two trips as a teen before eventually becoming a registered nurse in Baton Rouge. She was invited to chaperone the New Orleans visit and provide some guidance.

“To see them interact and watch them ask those questions, ‘Oh, who shaved your head? When did you lose your hair?. I think the kids need that,” she said. “I think that when you’re going through (cancer) it’s so helpful to have those people that just get you.”

The patients hope to enjoy the rest of their trip while also scratching some items off their bucket list.