King and queen of Barkus dine at Galatoire’s 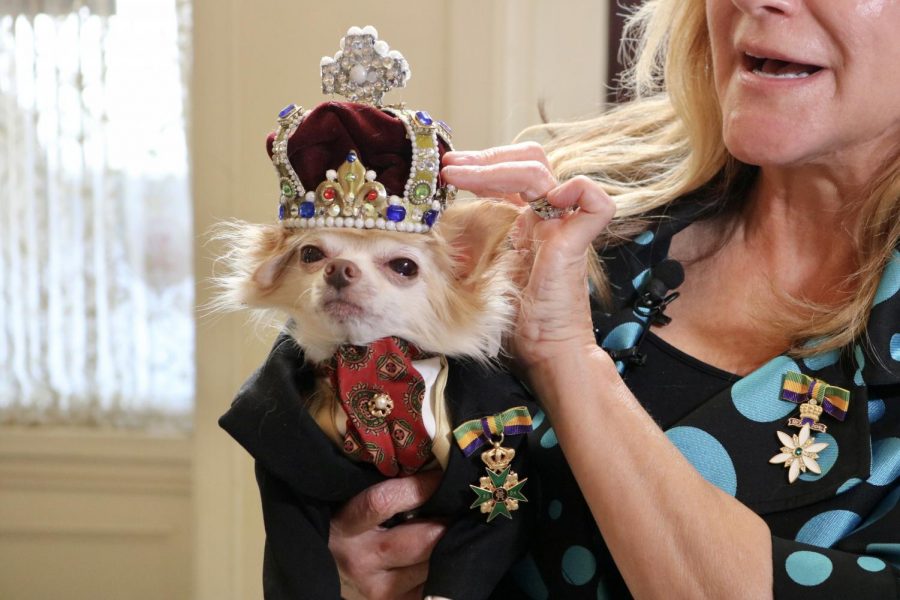 King Edward VII of Barkus has his crowned fixed by his owner. Edward, along with his queen, received a meal at Galatoire's ahead of their parade.

For more than a century, patrons would have to wait their turns on Bourbon Street for a chance to dine at Galatoire’s, but ahead of their parade, the royal members of the Krewe of Barkus were given the VIP treatment.

King Edward VII, a longhaired Chihuahua, and Queen Belle, a standard poodle, joined krewe organizers and their owners at a first-floor table for a lamb chop meal.

The annual luncheon involves the passing of the torch from the previous king and queen and well as a champagne toast for a successful parade.

He was glad his pooch got the star treatment ahead of the big day.

“I mean we didn’t get served. The dogs got served,” Hebert said. “If it was me, I could do it everyday.”

Edward’s owner Cheryl Bloomenstiel said she was happy her shy rescue dog was able to enjoy himself.

The pair of owners both commented on how much preparation it took to have their pets be the faces of a carnival krewe.

Bloomenstiel said, “It is a lot more work than it looks like.”

Due to Edward’s size, his tailor had trouble creating an outfit that would fit.

“He’s just very small. The jacket had to be a little big to get it to stay. It’s doggie couture,” she said.

Hebert mentioned the leadup to the parade has been a challenge, between costume design, press events and other appearances.

“It’s really been nonstop for the last two weeks since I got the call to invite her to be queen.”

The Krewe of Barkus will roll in the French Quarter on Feb. 16 starting at 2 p.m.