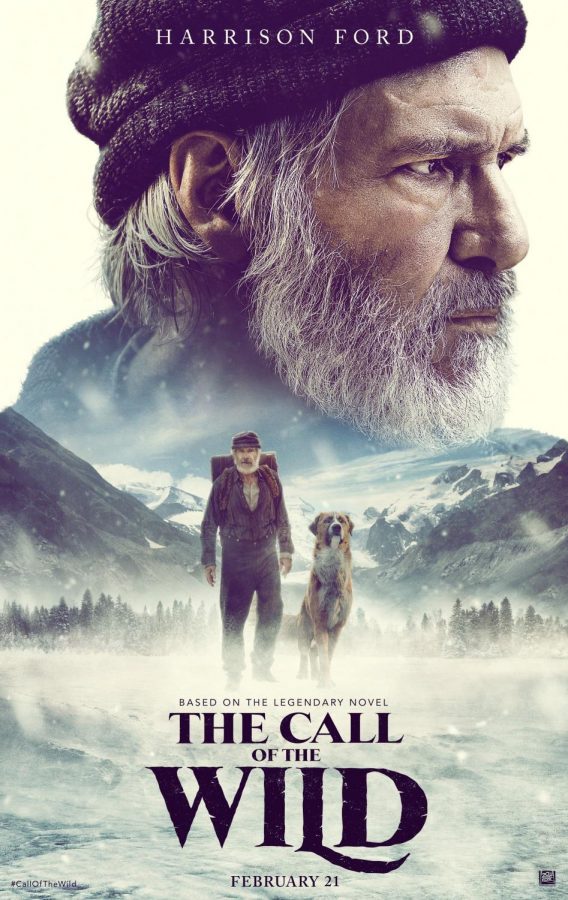 It may be the aftermath of the Valentine’s Day period, but the fun never stops in movie theaters. With a string of new releases on the way, featuring an enthralling adaptation of a beloved literary classic to a creepy doll that’s definitely not Annabelle, check out what’s showing in theaters this week!

The Call of the Wild (NEW)

Based on the literary classic from Jack London, “The Call of the Wild” showcases cutting edge visual effects and animation technology to portray its animals, like its furry protagonist Buck, as realistic characters. It also features screen legend Harrison Ford as Buck’s grizzled owner.

Buck finds himself out of domestic bliss and into the exotic wilderness of the Yukon during the Gold Rush of the 1890s. He crosses paths with John Thornton, played by Ford, and they embark on an adventure of their lifetime.

A standalone sequel to 2016 horror film “The Boy”, this latest supernatural tale centers on a young family led by Katie Holmes’s Liza, who move into Heelshire Mansion unaware that it’s haunted. Their young son Jude, played by Christopher Convery, soon makes a friend in the sinister, life-like doll he calls Brahms.

Bringing the classic video game character to the big screen, “Sonic the Hedgehog” will attempt to dash into the hearts of video game fans and moviegoers.

Escaping his home world to find sanctuary from those who want his speed, Sonic the Hedgehog, played by Ben Schwartz, chooses to make Earth his new home. However, after causing a power outage, Sonic is once again on the run trying to avoid Dr. Robotnik, played by Jim Carrey, and seeking the help of small town sheriff Tom Wachowski, played by James Marsden.

Mae Morton, played by Issa Rae, meets journalist Michael Block, played by LaKeith Stanfield, after he is assigned to do a story on her late photographer mother. The two begin to form a relationship as Mae tries to navigate if she is ready for a relationship and the mysteriousness that is her mother.

After winning a vacation to stay on a remote island, a group of guests are given the opportunity to make their wishes come true. However, they discover that their wishes have been turned into nightmares and attempt to figure out the mysteriousness of both the island and its’ host, Mr. Roarke, played by Michael Pena.

Returning with a new installment after 17 years, “Bad Boys for Life” brings back the iconic pairing of Will Smith and Martin Lawrence.

After years of partnership, detectives Mike Lowery and Marcus Burnett, played by Smith and Lawrence respectively, go their separate ways and get new assignments in the police force. However, the duo is brought together once again after the brother of a former adversary tries to kill them.

Bringing a new look to the first World War, “1917” mixes cinematography and action to create a new and different type of war film.

Headed on a mission to prevent the deaths of hundreds of British troops, two young soldiers, played by George MacKay and Dean-Charles Chapman, must head out into the frontlines to protect their fellow soldiers and one of their brothers.