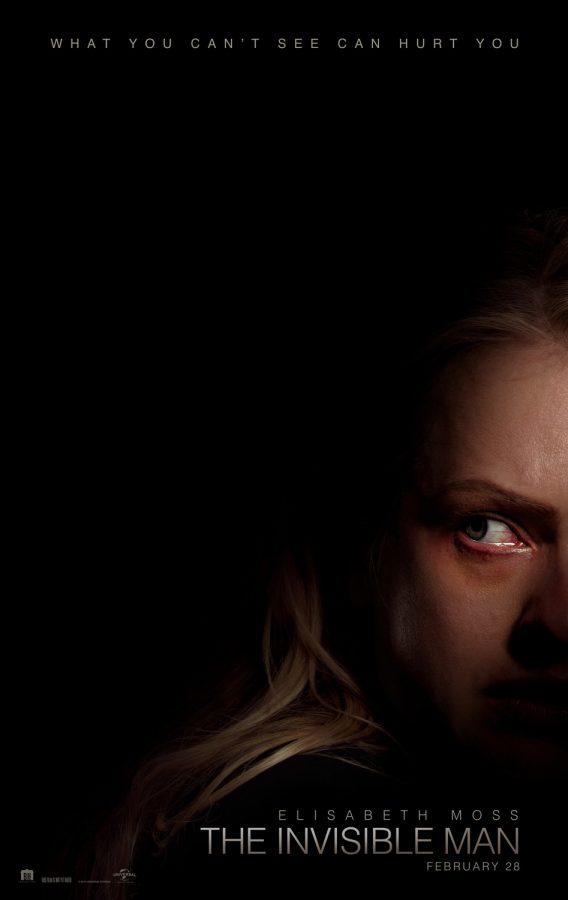 We are almost at the tail end of February, which means movie theaters are lining up for a surely busy prelude to the summer season. With new releases ranging from a horror adaptation of a literary classic to an iconic French romance film, here are some films that are in theaters for this week.

Click here to find showtimes in theaters near you.

A modern, horror-based adaptation of the 1897 H.G. Wells novel of the same name, “The Invisible Man” serves up some unique chills. It stars Elisabeth Moss as Cecilia, who escapes an abusive relationship with a wealthy scientist, played by Oliver Jackson-Cohen. Her boyfriend’s eventual suicide should have been the end of her misery, but a series of increasingly lethal encounters with an unseen force threatens to drive Cecilia to insanity.

Portrait of a Lady on Fire (NEW)

Finally securing a wide American release after winning awards (and hearts) at last year’s Cannes Film Festival in France, “Portrait of a Lady on Fire” is an absolute must-watch. The French historical romance drama, written and directed by Céline Sciamma, centers on a forbidden affair between an aristocrat, played by Adèle Haenel, and an artist commissioned to paint her portrait, played Noémie Merlant.

Click here to read The Maroon’s full review of “Portrait of a Lady on Fire.”

The Call of the Wild

Based on the literary classic from Jack London, “The Call of the Wild” features a dog named Buck, as he finds himself out of domestic bliss and into the exotic wilderness of the Yukon during the Gold Rush of the 1890s. He crosses paths with John Thornton, played by Harrison Ford, and they embark on an adventure of their lifetime.

A standalone sequel to 2016 horror film “The Boy”, this latest supernatural tale centers on a young family led by Katie Holmes’s Liza, who move into Heelshire Mansion unaware that it’s haunted. Their young son Jude, played by Christopher Convery, soon makes a friend in the sinister, life-like doll he calls Brahms.

Bringing the classic video game character to theaters, “Sonic the Hedgehog” will attempt to dash into the hearts of video game fans and moviegoers.

Escaping his homeworld to find sanctuary from those who want his speed, Sonic the Hedgehog, played by Ben Schwartz, chooses to make Earth his new home. However, after causing a power outage, Sonic is once again on the run trying to avoid Dr. Robotnik, played by Jim Carrey, and seeking the help of small town sheriff Tom Wachowski, played by James Marsden.

Click here to read The Maroon’s review of “Sonic the Hedgehog.”

After winning a vacation to stay on a remote island, a group of guests are given the opportunity to make their wishes come true. However, they discover that their wishes have been turned into nightmares and attempt to figure out the mysteriousness of both the island and its’ host, Mr. Roarke, played by Michael Pena.

Returning with a new installment after 17 years, “Bad Boys for Life” brings back the iconic pairing of Will Smith and Martin Lawrence.

After years of partnership, detectives Mike Lowery and Marcus Burnett, played by Smith and Lawrence respectively, go their separate ways and get new assignments in the police force. However, the duo is brought together once again after the brother of a former adversary tries to kill them.